The Moravian Church in Alaska

The Moravian Church in Alaska 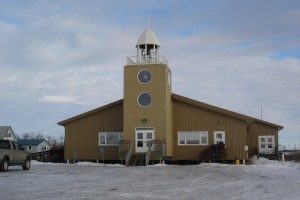 Moravians began ministry in Alaska in 1885 at the invitation of the Rev. Sheldon Jackson, a Presbyterian minister, accepting the invitation as a call from God to proclaim the gospel among the Yup’ik people. In time, other Christian denominations followed the Moravians to Alaska to minister to the native people. The first five missionaries reached the Kuskokwim River and held a worship service on June 21, 1885. Within five years three native helpers, Hooker, Lomuck, and Kawagaleg, were assisting the missionaries. Within ten years of the founding of the mission, more than twenty native helpers attended the first General Church Conference, in addition to the missionary staff. The Rev. John Kilbuck was perhaps the most influential and capable missionary during those first years. A native American himself, Kilbuck quickly learned the Yup’ik language. He instituted new strategies of outreach, centering the proclamation of the gospel in the existing villages, rather than establishing mission stations as had been done by Moravian missionaries in Greenland and Labrador. Moreover, Kilbuck established the use of Yup’ik as the language of the Moravian Church in Alaska, a policy which continues to the present.

Over the years 22 congregations and fellowships have been established in Alaska, most of them in the Kuskokwim region. However, Moravian congregations are present also in Dillingham and in Anchorage. Alaskan Moravians elected their first fully native provincial board in 1978. In 1983 the Rev. Jacob Nelson was elected as the first native bishop of the Alaska Moravian Church. In 2013 Rev. Peter Green was elected a bishop.  A Bible Seminary was erected in 1984. The Rev. Kurt Vitt, Director of Theological Education from 1982 – 1996, was instrumental in leading the Moravian Church in Alaska into this important area of ministry.  The Rev. William Updegrove succeeded the Rev. Vitt as Seminary Director in 1996. A new dormitory and classroom space is being planned for construction in 2015.   The Alaska Province will be beginning mission outreach to Marshall, Alaska in 2015.

The Rev. Isaac Amik is the Chairman of the Provincial Board of the Moravian Church in Alaska, which is headquartered in Bethel, Alaska. 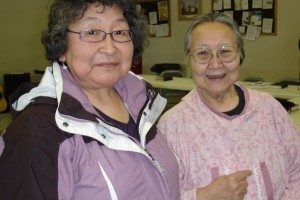