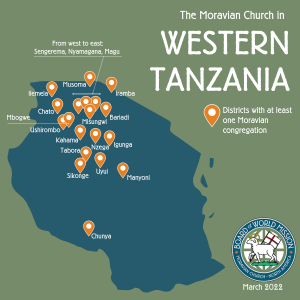 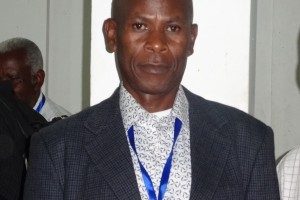 Moravian missionaries from Herrnhut first ministered in Africa in 1737, when George Schmidt arrived in South Africa. Christian missionary efforts in East Africa followed the journeys of David Livingstone a century later. German Moravian missionaries arrived in the Lake Nyasa region of Tanganyika in the early 1890s and started churches that were later to become the Moravian Church in Southern Tanzania.

European colonial politics opened the door for Moravian missionaries to begin ministry among the Nyamwezi people in the Tabora region, many miles to the north and west of Lake Nyasa (commonly known today as Lake Malawi). The London Missionary Society had established a mission station at Urambo, east of Tabora, twenty years earlier. As a result of international agreements in 1885, Urambo became part of the German colonial territory in East Africa. German Moravians responded to a request of the London Missionary Society to assume responsibility for the mission at Urambo. The first group of missionaries arrived on January 2, 1898.

From its small beginning a hundred years ago, the Moravian Church in Western Tanzania (MCWT) today covers a large geographical area. From Lake Victoria in the north and the northern shores of Lake Tanganyika in the west, MCWT ministers in large cities and small villages to the east as far as Itigi and to the south as far as Rungwe. Predominantly Nyamwezi in ethnic composition, MCWT has planted churches among the Tutsi, Wakimbu, Waha and Sukuma people as well. The church counts about 110,000 members and continues the rapid growth that has characterized its ministry for the past 25 years.

The chief ministry of the church is evangelistic outreach and the planting and nurture of new congregations. Evangelists and pastors are trained in a variety of settings, including Bible schools, theological education by extension (TEE) and the Moravian Theological College at Mbeya, which is a joint venture of the four Moravian provinces in Tanzania. MCWT operates the Lusangi Junior Seminary and Lusangi Bible College in Sikonge, and the Bishop Kisanji Girl’s Secondary School at Usoke. Through its Development Office, MCWT has operated many agricultural and capacity-building programs and projects throughout western Tanzania. The church is active in women’s ministry, youth ministry, and prison ministry. Through its hospital at Sikonge and its dispensaries in numerous villages, MCWT brings a healing ministry to many people.

MCWT is actively evangelizing among the Sukuma people in the Lake Victoria region and among the Waha people in the border of Tanzania and Burundi along the shores of Lake Tanganyika. The church has planted 16 congregations among the Sukuma people in the past 12 years. Evangelism is effected through open-air meetings led by teams of evangelists and church choirs. Persons responding in faith to the gospel receive ministries of counsel, deliverance, and instruction, leading to baptism. They also support outreach to Burundi, Rwanda, Uganda and Kenya.

The Rev. Ezekiel Yonah is the chairman of the provincial board of the Moravian Church in Western Tanzania. A provincial board drawn from a wide geographical area meets four times per year and is the church’s leadership authority between synods, which are held every three years. Within the worldwide Moravian Unity, MCWT is fully self-governing.

The Board of World Mission has been in affiliation with MCWT since 1976. In the years since, one missionary couple from the United States has served under call to BWM in Western Tanzania. Several missioners have served in short-term and volunteer assignments, primarily in English as second language programs. BWM has been an ongoing financial partner with MCWT, providing annual block grants for the support of its budget. In times of emergency, such as recent droughts and flooding in Tanzania, BWM has provided food assistance directly to MCWT and through the Christian Council of Tanzania (CCT). Several pastors from MCWT have received master’s degrees at Moravian Theological Seminary with the support of BWM.

Since 2001 the Board of World Mission has been actively involved with programs to combat HIV/AIDS and its devastating effects in Tanzania, primarily through the work of Drs. Bill Hoffman and Margaret Kraybill. For more information on this work, visit the Adopt-a-Village partnership section. BWM also supports the HUKWAFA program for community strengthening in Mwanza, Tanzania (see Likewise section).

The Girls’ School is located about 45 minutes south of Tabora in the plains of western Tanzania.  It is under the direction of the Provincial Elders Conference of the Western Province of the Moravian Church.  The Secretary of the Provincial Elders Conference is the manager of the school.  The Headmaster oversees the staff, student activities and curriculum, and campus affairs. They welcome the participation of North Americans in short-term mission who help with English instruction.

This is a boarding school for young girls who are preparing to take their entrance examinations for entrance into college.   Currently there are about 160 students enrolled at a cost of $800.00 per year.   The following motto, mission statement and vision aptly describe the focus the school.

Mission: Provision of quality education as a strategy to empower women in national development

Vision:        To have a purposeful society that is free from gender imbalances in all aspects of Tanzanian culture.

Many congregations in North America have supported the Bishop Kisanji Girl’s School with funds toward a new dormitory or for a new well and scholarships for students. 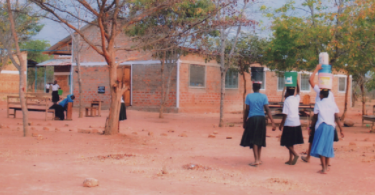 The Moravian Church in Western Tanzania has a Department of Education, which oversees the two... 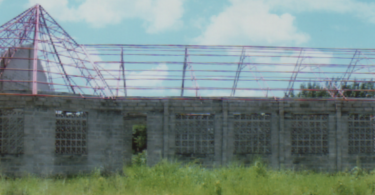 The Moravian Church in Western Tanzania has been growing rapidly for the last few decades. That...

Bill starts where he left off, explaining that Steen was retiring and Sunday would be his last...

Monday evening Bill lead devotions at the hospital and because he was American, was asked about our...