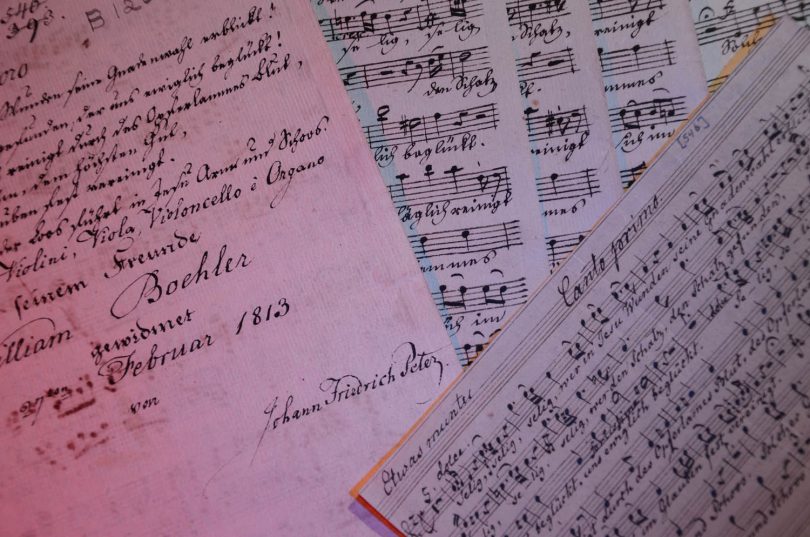 Over 600 years ago, Jan Hus began implementing his reforms in the Catholic churches of Moravia and Bohemia. One of his initiatives was to encourage the congregational singing of hymns in the native Czech language. Moravians continue to value the ability to express their love of Christ, faith in God and care for each other through quality, meaningful music; whether by creating, sharing or listening.

Had we listened to the Rev. Francis Florentine Hagen, organist and composer, the Foundation might be much older. We recall the words of Brother Hagen, who questioned, in 1878:

Ought we not to make the attempt to preserve, to ourselves and to others,
these precious musical treasures?

He was speaking of the trove of collected music from the 18th and early 19th century, written by Moravians and others. This wonderful music was held by many congregations, but it was in manuscript, and mostly, in German; in Hagen’s time, the American Moravians were moving (or had moved) to English. 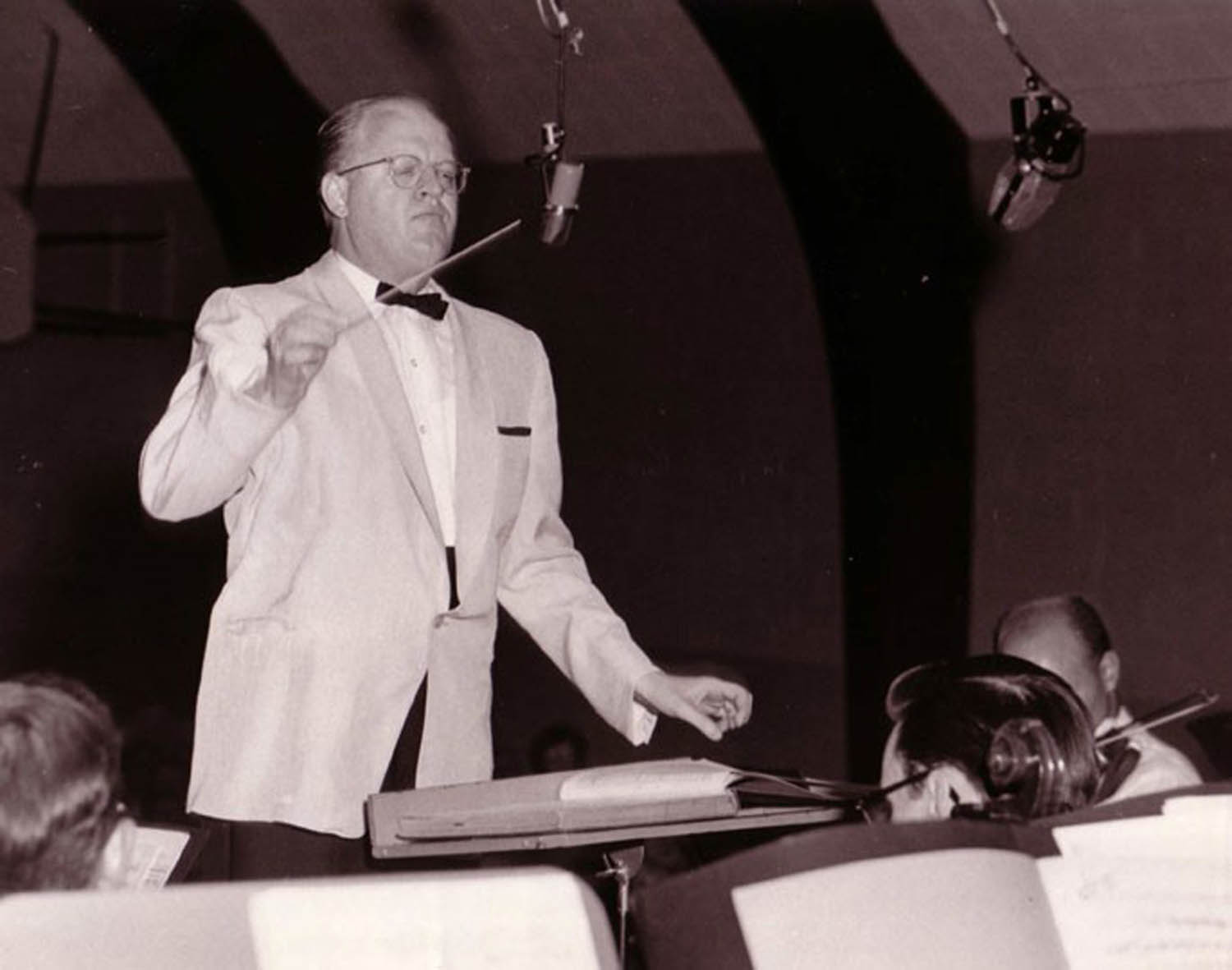 Although Hagen had called for publication of the Moravian archival music, the first editions were not produced until 1939 by Hans T. David. Upon further investigation, during the 1930’s and ‘40’s many were awestruck at the quantity and the quality of music, and the variety of composers – those known to be Moravian, and those known in wider musical circles – represented in the Moravian collections.

Working with American-born and trained conductor Thor Johnson (son of a Moravian minister), a group in Bethlehem, Pennsylvania, decided to hold an “Early American Moravian Music Festival and Seminar,” in Bethlehem, in June of1950.

Out of this same energy came the founding of The Moravian Music Foundation, which was chartered in North Carolina in 1956 by a group of clergy and laity of the Moravian Church, to preserve, study, edit and publish this music, retained in the Archives. The rediscovery of this music forms a vital link in the history of American music and culture.

The MMF is custodian of some 10,000 manuscripts and early imprints, which comprise music both by Moravian and non-Moravian composers; sacred and secular; American and European; vocal and instrumental. Approximately one-third of this collection is housed at the Foundation headquarters in Winston-Salem, N.C; the remainder resides at the Northern Province Moravian Archives in Bethlehem. 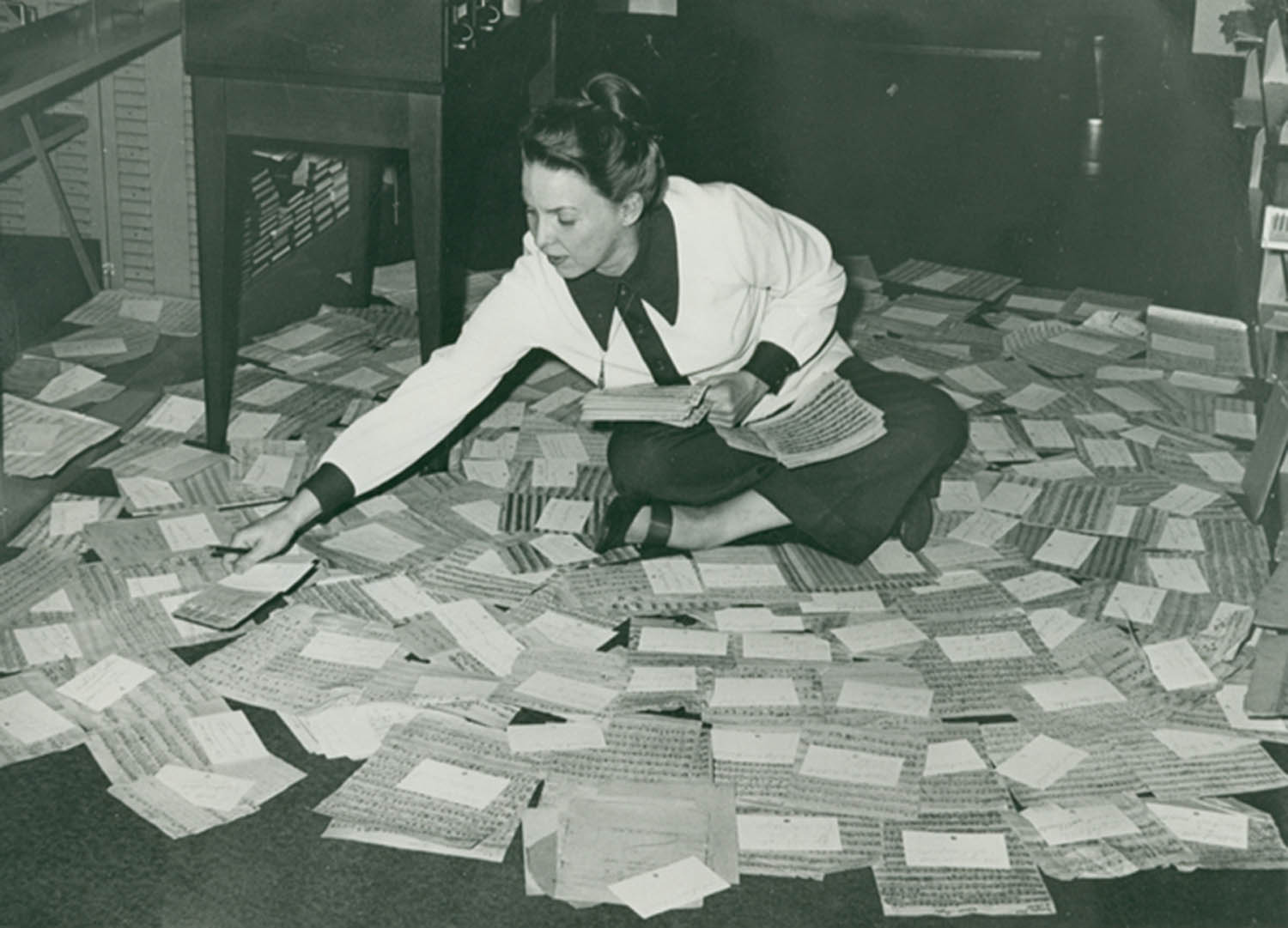 MMF discovered and preserved many treasures and cataloged them in an extensive project in the 1970’s, supported by national and local foundation grants. Thanks to a recent bequest by Louise Nippert, that catalog is now being digitized and shared on WorldCat. The project, managed by Barbara Strauss and David Blum, allows anyone to search the MMF catalog at moravianmusic.on.worldcat.org/discovery. Visit http://moravianmusic.org/gemeinkat-catalog/ for information about online searching.

The catalog of holdings continues to grow as the Foundation self-publishes more anthems, both old and newly-composed. Many anthems that were published by others, in the 20th century, are now out of print. MMF has gone back to the original source to create new editions of some of these favorites.

In celebration of its 60th anniversary, MMF is collaborating with the Board of World Mission to collect and distribute 60 band instruments, not currently being used, to areas of the Moravian Unity that don’t have and would make good use of them.

The instruments will be collected at the Moravian Music Foundation offices in Winston-Salem and Bethlehem, and then handed over to the Board of World Mission for placement, either by shipping or accompanying teams as they travel. If you have an instrument you would like to donate, please contact [email protected] or 336-725-0651, to share details about the instrument and arrange for delivery or pickup.

Another MMF partnership is the new Music Camp for Middle High Youth at Laurel Ridge in North Carolina, July 10-16, 2016. There will be general music, choral, band and instrumental, traditional, and lots of other fun stuff! Kids will learn about the Moravian music heritage and hear a wide variety of guest musicians. The camp is based out of Higgins Lodge. Registration is open now at www.laurelridge.org.

Moravian Music Sunday is celebrated each year on the fifth Sunday of Easter, which is April 24, 2016. Materials designed to assist worship planning are available for downloading on the Moravian Music Foundation’s web site, moravianmusic.org/resources. This year’s theme is the 60th anniversary of the Moravian Music Foundation and its work in preserving, celebrating, and cultivating the musical life of Moravians. The suggested order of worship includes a special liturgy, as well as hymns and anthems that celebrate the Foundation’s work over the past 60 years.

The Unitas Chorale, in the Lehigh Valley, will celebrate its own 20 years with an Anniversary Concert, also on April 24, 4:00 p.m. at Advent Moravian Church, 3730 Jacksonville Rd., Bethlehem, Pa. The concert will feature favorites from 20 years of presentations, with music by Moravian composers. Both are free concerts, with donations accepted.

And plans are coming together for the 25th Moravian Music Festival in Winston-Salem, N.C., July 23 – 29, 2017. There will be learning and performing opportunities for singers, band, orchestra, and other instrumentalists, handbell ringers, children, youth, and adults. Please plan to join us for a week of fun, fellowship, and music. Information at www.moravianmusicfestival.org.

The Moravian Music Foundation Inc. is expertly led by the Rev. Dr. Nola Reed Knouse and Gwyn Michel and governed by a skilled and dedicated Board of Trustees. But, the work the Foundation continues to do, and the successes it has achieved, are the direct result of the patronage of thousands of donors, whose contributions to the Friends Fund are critical to the life of this organization. MMF receives only a small fraction of its operating funds from the Moravian Church; it survives on the kind and generous support from individual musicians, music-lovers, and patrons.

Join us in celebration of MMF’s 60th anniversary, as we give thanks and prepare, optimistically for the future of Moravian music! Please consider featuring Moravian music in your worship/concerts/events in 2016; keep sending all Moravian music-related events to MMF for the calendar; and support MMF with your attendance, input, time, love, and gifts that will preserve, celebrate, and cultivate our Moravian musical heritage. n

From the March 2016 Moravian Magazine