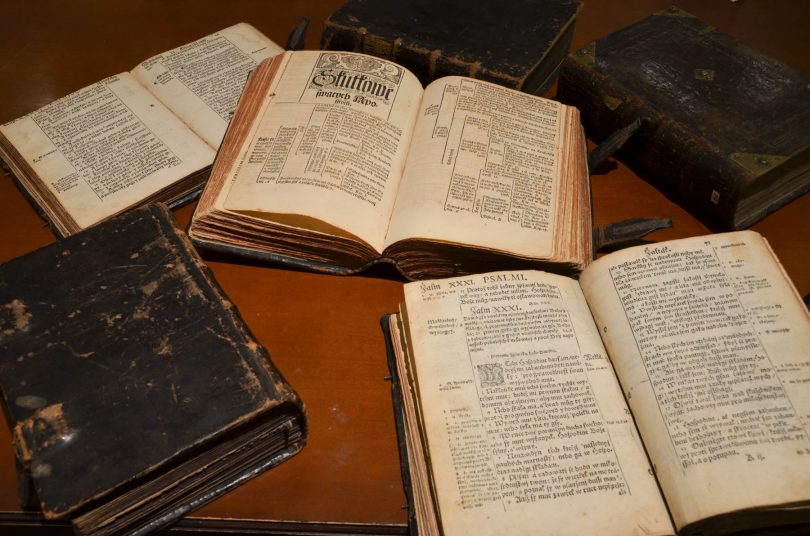 For over five centuries the Moravian Church has proclaimed the gospel in all parts of the world. Its influence has far exceeded its numbers as it has cooperated with Christians on every continent and has been a visible part of the Body of Christ, the Church. Proud of its heritage and firm in its faith, the Moravian Church ministers to the needs of people wherever they are. The name Moravian identifies the fact that this historic church had its origin in ancient Bohemia and Moravia in what is the present-day Czech Republic. In the mid-ninth century these countries converted to Christianity chiefly through the influence of two Greek Orthodox missionaries, Cyril and Methodius. They translated the Bible into the common language and introduced a national church ritual. In the centuries that followed, Bohemia and Moravia gradually fell under the ecclesiastical jurisdiction of Rome, but some of the Czech people protested.

The foremost of Czech reformers, John Hus (1369-1415) was a professor of philosophy and rector of the University in Prague. The Bethlehem Chapel in Prague, where Hus preached, became a rallying place for the Czech reformation. Gaining support from students and the common people, he led a protest movement against many practices of the Roman Catholic clergy and hierarchy. Hus was accused of heresy, underwent a long trial at the Council of Constance, and was burned at the stake on July 6, 1415. 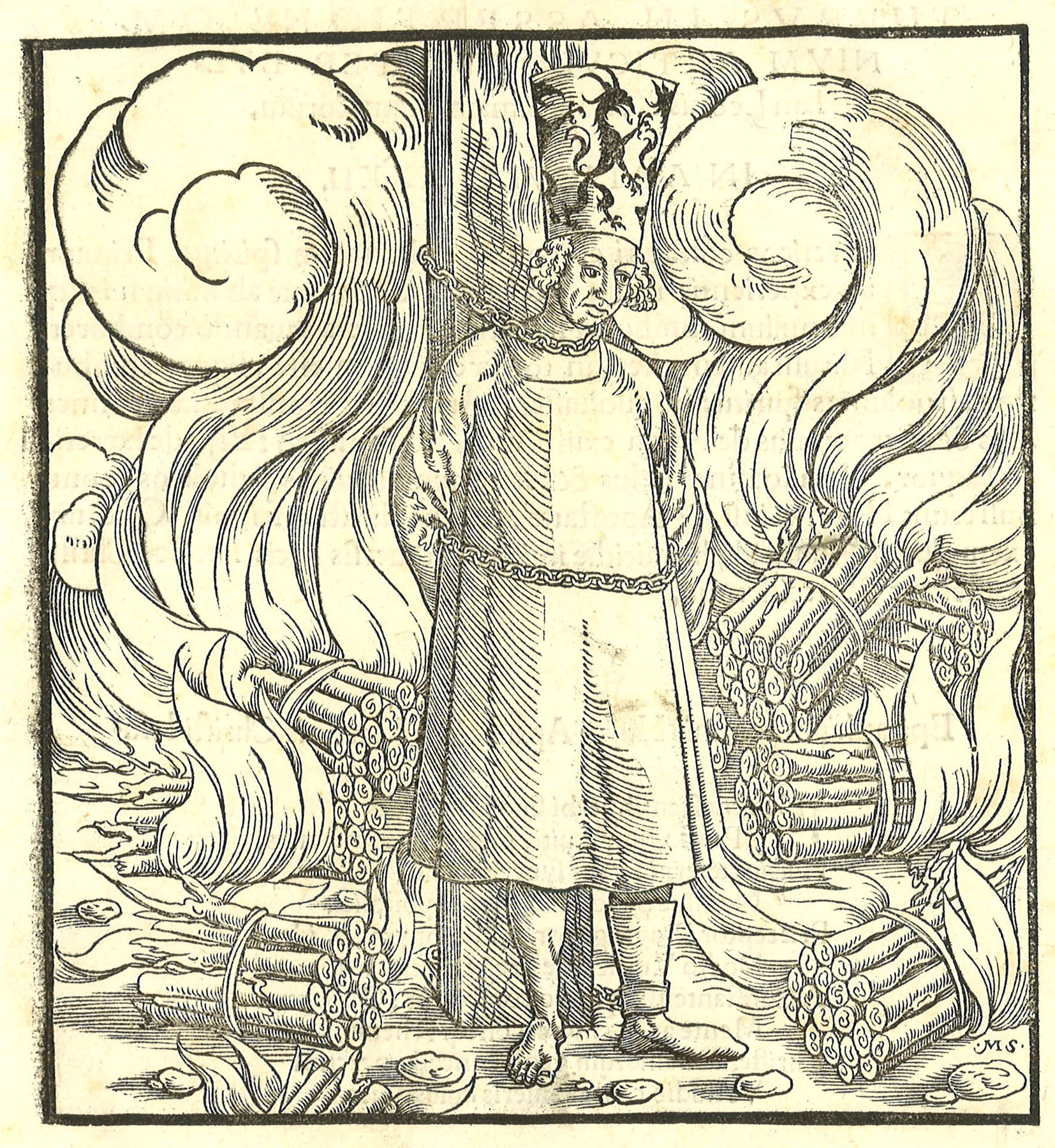 Hus being burned at the stake

The reformation spirit did not die with Hus. The Moravian Church, or Unitas Fratrum (Unity of Brethren), as it has been officially known since 1457, arose as followers of Hus gathered in the village of Kunvald, about 100 miles east of Prague, in eastern Bohemia, and organized the church. This was 60 years before Martin Luther began his reformation and 100 years before the establishment of the Anglican Church.

According to Gregory the Patriarch, considered the founder of Unitas Fratrum, what made a Christian was not doctrine or what he or she believed, but that a person lived his or her life according to the teachings of Jesus Christ. He described these first Moravians as “people who have decided once and for all to be guided only by the gospel and example of our Lord Jesus Christ and his holy apostles in gentleness, humility, patience, and love for our enemies.” (Rican, History of the Unity)

By 1467 the Moravian Church had established its own ministry, and in the years that followed three orders of the ministry were defined: deacon, presbyter and bishop.

By 1517 the Unity of Brethren numbered at least 200,000 with over 400 parishes. Using a hymnal and catechism of its own, the church promoted the Scriptures through its two printing presses and provided the people of Bohemia and Moravia with the Bible in their own language.

A bitter persecution, which broke out in 1547, led to the spread of the Brethren’s Church to Poland where it grew rapidly. By 1557 there were three provinces of the church: Bohemia, Moravia and Poland. The Thirty Years War (1618-1648) brought further persecution to the Brethren’s Church, and the Protestants of Bohemia were severely defeated at the battle of White Mountain in 1620.

The prime leader of the Unitas Fratrum in these tempestuous years was Bishop John Amos Comenius (1592-1670). He became world-renowned for his progressive views of education. Comenius, lived most of his life in exile in England and in Holland where he died. His prayer was that some day the “hidden seed” of his beloved Unitas Fratrum might once again spring to new life.

The eighteenth century saw the renewal of the Moravian Church through the patronage of Count Nicholas Ludwig von Zinzendorf, a pietist nobleman in Saxony. Some Moravian families fleeing persecution in Bohemia and Moravia found refuge on Zinzendorf’s estate in 1722 and built the community of Herrnhut. The new community became the haven for many more Moravian refugees.

Count Zinzendorf encouraged them to keep the discipline of the Unitas Fratrum, and he gave them the vision to take the gospel to the far corners of the globe. August 13, 1727, marked the culmination of a great spiritual renewal for the Moravian Church in Herrnhut, and in 1732 the first missionaries were sent to the West Indies. 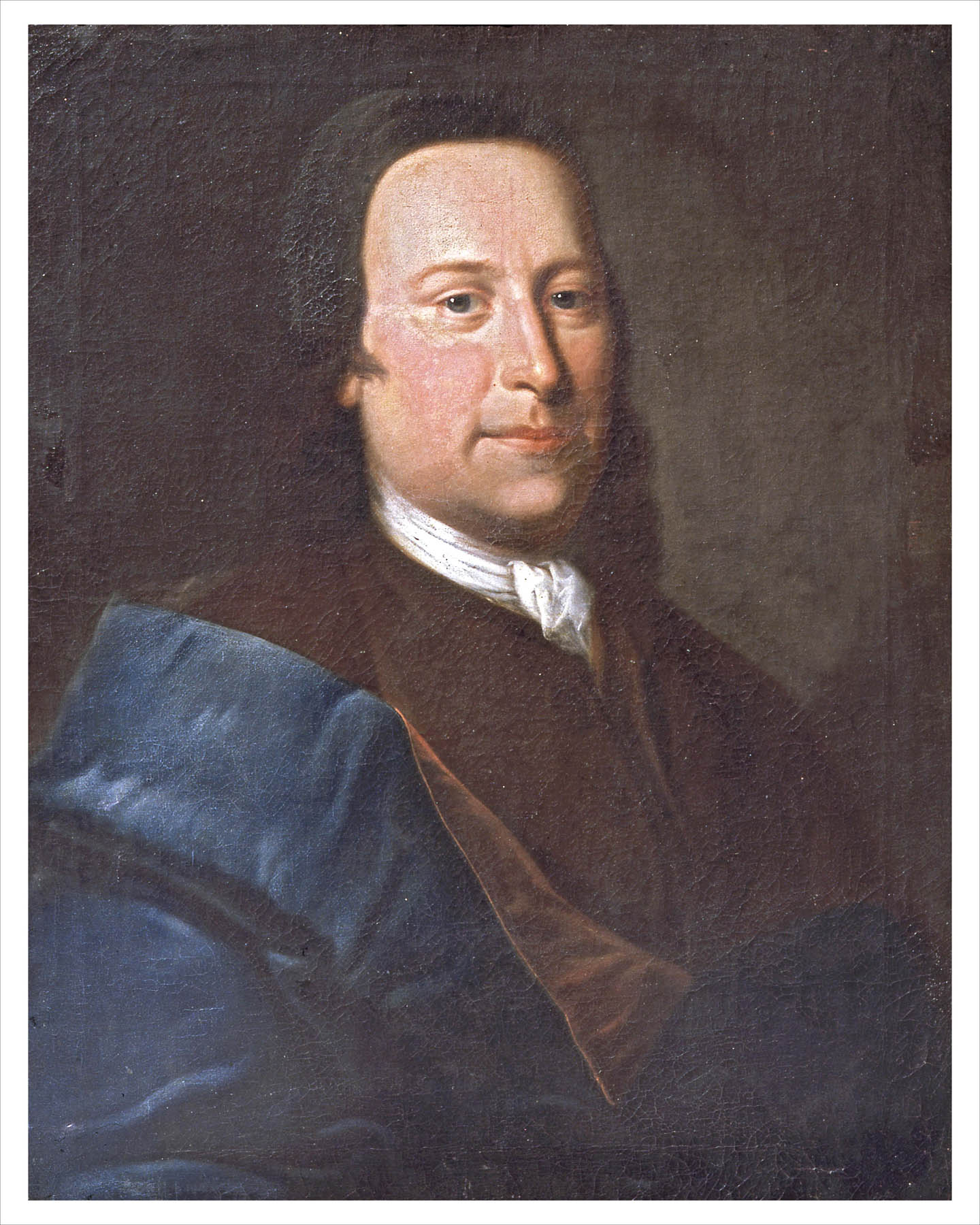 The Moravians first came to America during the colonial period. In 1735 they were part of General Oglethorpe’s philanthropic venture in Georgia. Their attempt to establish a community in Savannah did not succeed, but they did have a profound impact on the young John Wesley who had gone to Georgia during a personal spiritual crisis. Wesley was impressed that the Moravians remained calm during a storm that was panicking experienced sailors. He was amazed at people who did not fear death, and back in London he worshiped with Moravians in the Fetter Lane Chapel. There his “heart was strangely warmed.”

After the failure of the Georgia mission, the Moravians were able to establish a permanent presence in Pennsylvania in 1741, settling on the estate of George Whitefield. Moravian settlers purchased 500 acres to establish the settlement of Bethlehem in 1741. Soon they bought the 5,000 acres of the Barony of Nazareth from Whitefield’s manager, and the two communities of Bethlehem and Nazareth became closely linked in their agricultural and industrial economy.

Other settlement congregations were established in Pennsylvania, New Jersey and Maryland. They built the communities of Bethlehem, Nazareth, Lititz, and Hope. They also established congregations in Philadelphia and on Staten Island in New York. All were considered frontier centers for the spread of the gospel, particularly in mission to the Native Americans. Bethlehem was the center of Moravian activity in colonial America.

Bishop Augustus Spangenberg led a party to survey a 100,000 acre tract of land in North Carolina, which came to be known as Wachau after an Austrian estate of Count Zinzendorf. The name, later anglicized to Wachovia, became the center of growth for the church in that region. Bethabara, Bethania and Salem (now Winston-Salem) were the first Moravian settlements in North Carolina.

In 1857 the two American provinces, North and South, became largely independent and set about expansion. Bethlehem in Pennsylvania and Winston-Salem in North Carolina became the headquarters of the two provinces (North and South).

The Southern Province grew mainly in Forsyth County, but over time established congregations in Charlotte, Greensboro, Wilmington, Raleigh, and Stone Mountain, Georgia. Moravian churches in Florida are growing with the influx of immigrants from the Caribbean basin.

The Northern Province expanded with the influx of immigrants from Germany and Scandinavia into the upper Midwest in the late 19th century. It now reaches both coasts and as far north as Edmonton, Canada. Green Bay, Wisconsin, was founded by Moravians. Such wide geographical spread caused the Northern Province to be divided into Eastern, Western and Canadian Districts.

After World War II, strong pushes for church extension took the Northern Province to Southern California (where only an Indian mission had existed since 1890) as well as to some Eastern, Midwestern and Canadian sites. The Southern Province added numerous churches in the Winston-Salem area, throughout North Carolina and extended its outreach to Florida and to Georgia. In North America, the Moravian Church has congregations in 16 states, the District of Columbia, and in two Provinces of Canada. 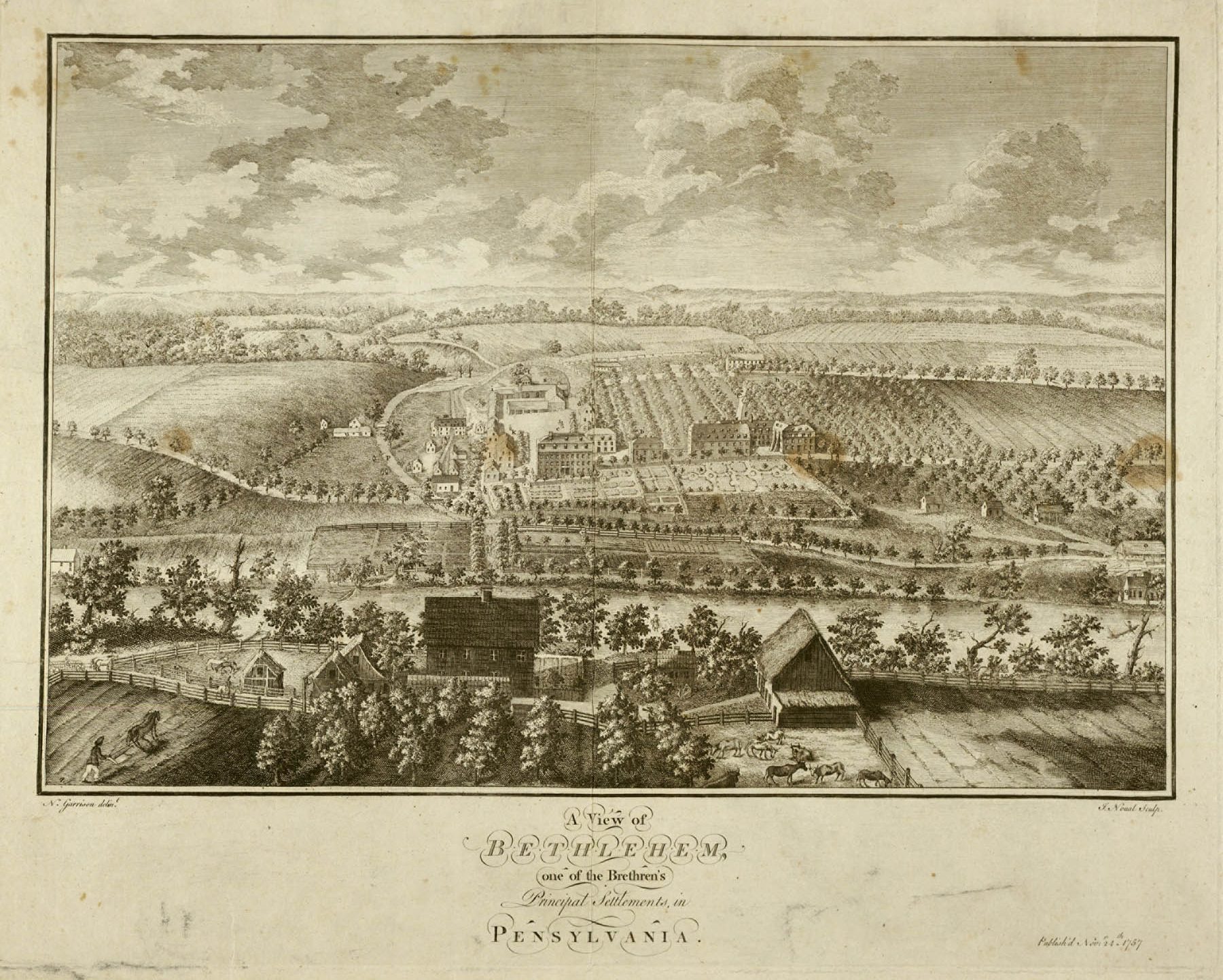 Always ecumenically minded, the Moravians were among the first members of the National and World Council of Churches. The church established a number of schools in America, the most important of which are Salem Academy and College, Moravian College and Theological Seminary, and preparatory schools in Lititz and Bethlehem. In 1957 the worldwide Moravian Church was reorganized into more than a dozen semi-autonomous provinces that remain part of a single global church. A Unity Synod is held every seven years to decide matters that affect the whole Moravian Church.

Today there are more than one million members of the Moravian Church in the world. Most of them live in eastern Africa. Other major Moravian centers are the Caribbean basin (U.S. Virgin Islands, Antigua, Jamaica, Tobago, Surinam, Guyana, St. Kitts, and the Miskito Coast of Honduras and Nicaragua), South Africa, Winston-Salem, and Bethlehem, Pa. There are now 24 provinces of the Unity.

Though the Moravians played an important role in colonial American history, the church in North America numbers only about 60,000 (including Canada, Alaska, Labrador). One of the reasons for the difference in membership between the United States and the rest of the world is that Moravians saw their distinct calling as bringing the good news of God’s infinite love to the poorest and most despised people of the world. 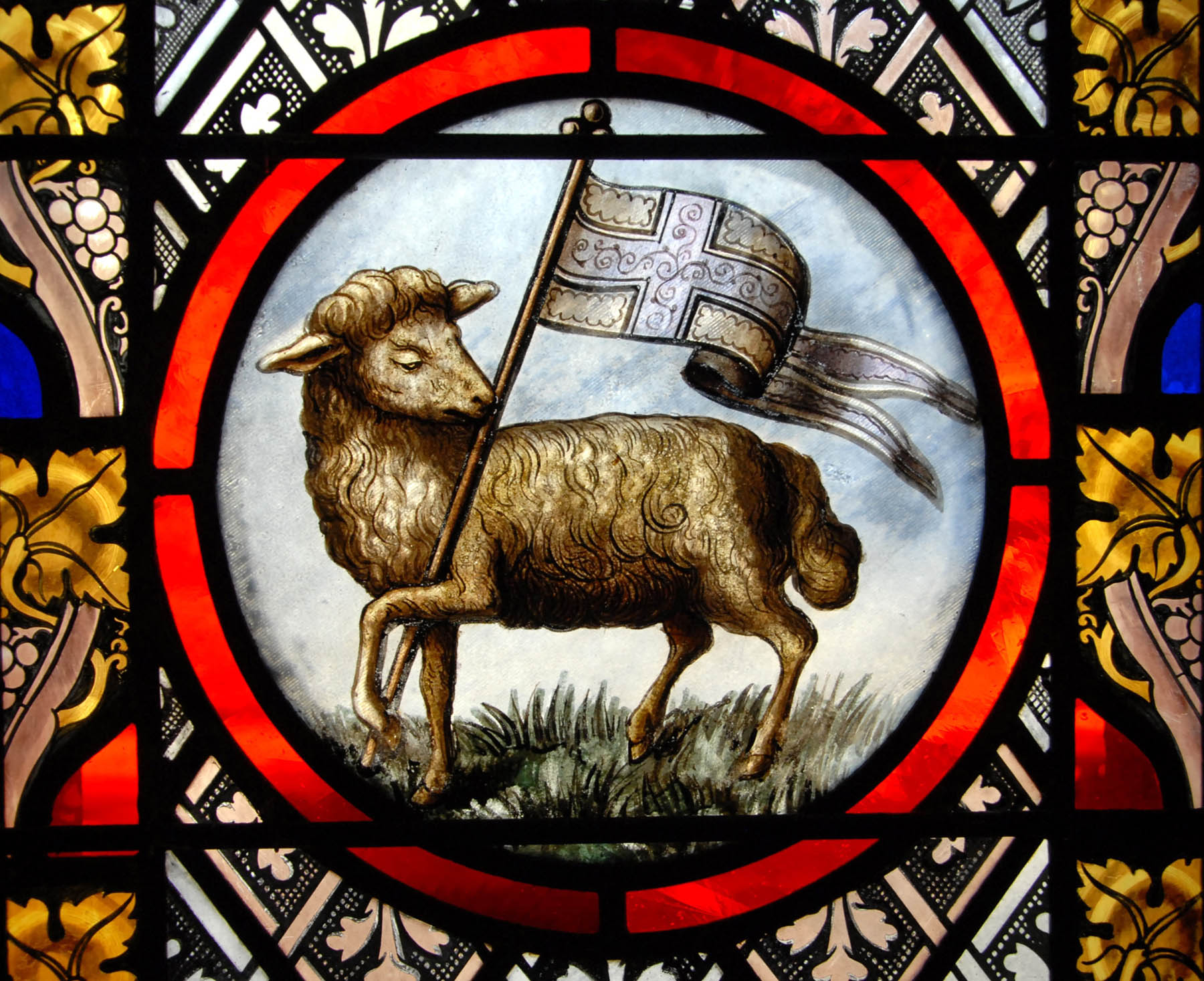