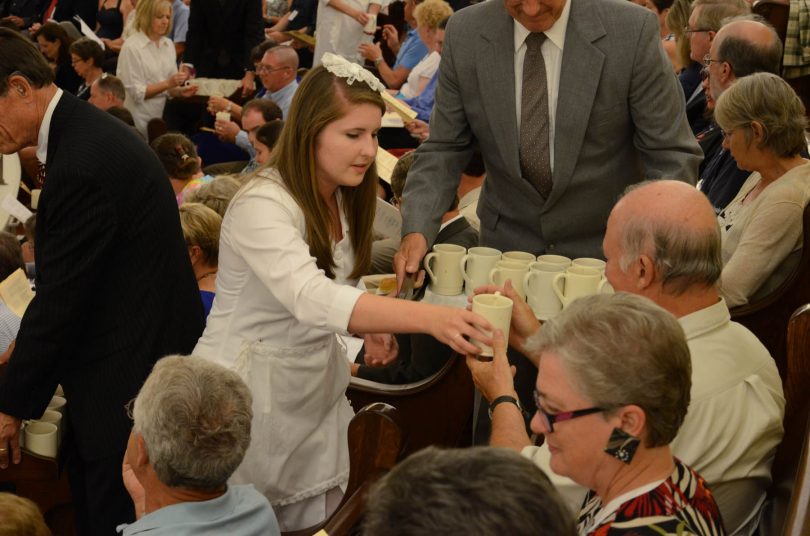 The holding of lovefeasts, after the practice of the Apostolic Church, has come to be one of the outstanding customs of the Moravian Church and has proved to be a real means of grace. Members of other denominations are attracted to Moravian lovefeasts in large numbers, and thus the spirit of fellowship is greatly advanced.

Lovefeasts originated in the first gathering of Christians after Pentecost. The early believers met and broke bread together, thereby signifying their union and equality. These meals of the church family were associated with the celebration of the Lord’s Supper, which followed them. They were called agape, from the Greek word for love, that is for the highest type of spiritual love. Gradually the agape lost its devotional character, and toward the end of the fourth century the Church gave it up. The lovefeast of Apostolic times was resuscitated in its original simplicity by the Moravian Church in 1727. After the memorable celebration of the holy communion on August 13, seven groups of the participants continued to talk over the great spiritual blessing which they had experienced and were reluctant to separate and return to their own homes for the noonday meal. Count Zinzendorf, sensing the situation, sent them food from his manor house, and each group partook together, continuing in prayer, religious conversation, and the singing of hymns. This incident reminded Zinzendorf of the primitive agape, and the idea was fostered until lovefeasts became a custom in Moravian life. They were introduced wherever new settlements were founded and so came to America. Wherever its fullest liturgical development exists, the lovefeast is a service of solemn dignity, in which the finest Moravian Church hymns and stately music may be heard, but without any surrender of its central idea.

Because of its attraction for visitors, persons sometimes come to a lovefeast out of curiosity, perhaps amused at the idea of “eating in church.” It is interesting to see such a person yield to the spirit of devotion which pervades the service and change in a very few moments from visitor to reverent member of the service. This never fails when the congregation is itself full of the spirit of reverence and Christian love. 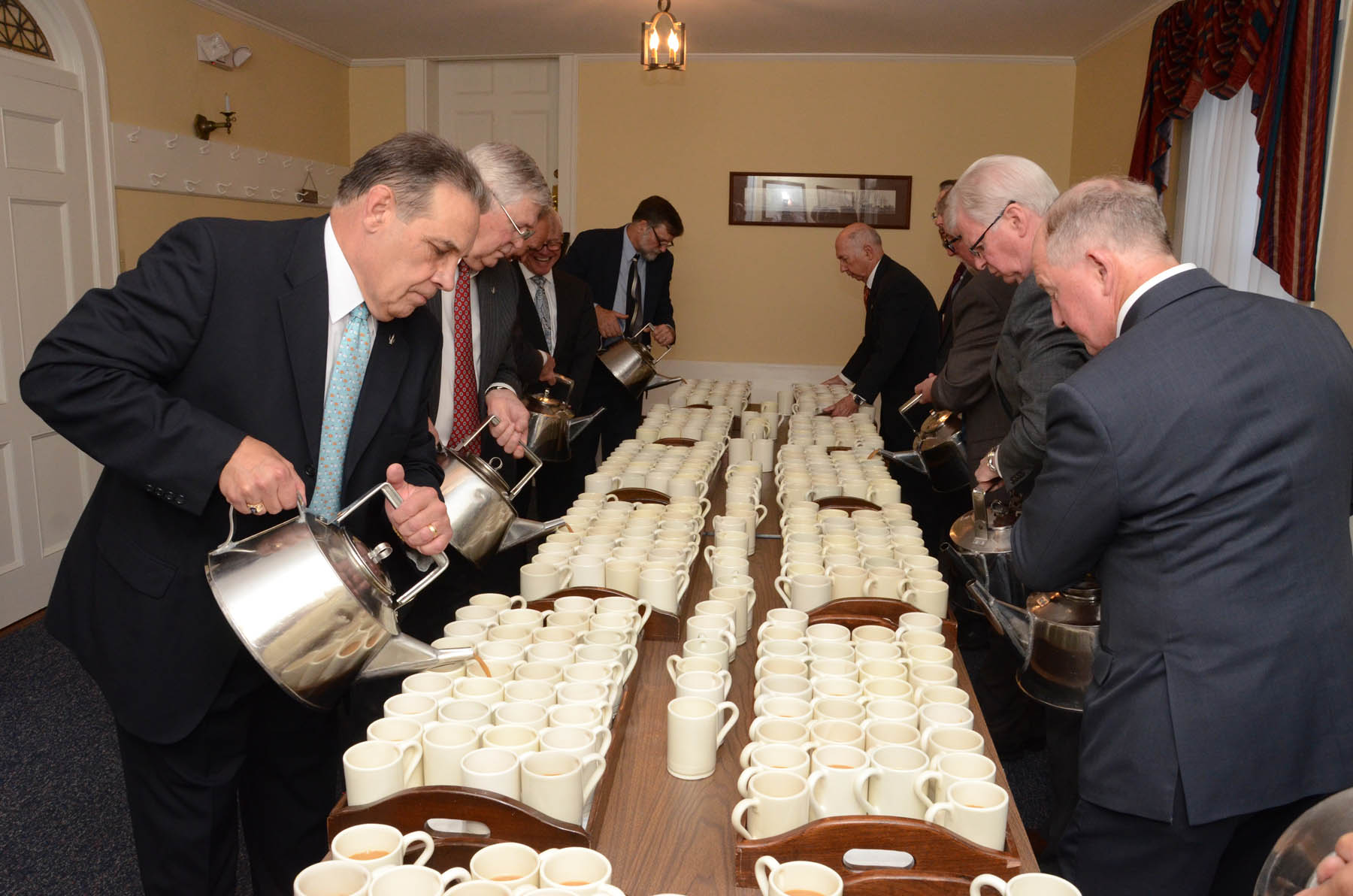 The lovefeast is primarily a song service, opened with prayer. Often there is no address; the hymns in the ode, or order of service, furnish the subject matter for devotional thoughts. If many visitors are present, the presiding minister often says a few words, explaining the purpose of the service, just before the congregation partakes of the bun and coffee, or whatever is served. On special occasions an address may be added, giving opportunity to remind the congregation of the history of the anniversary or the deeper import of the day.

There is no rule as to the food to be offered, except that it be very simple and easily distributed. The drink may be coffee, tea, or lemonade, fully prepared in advance, so that it may be served very quietly and without interruption of the singing. Usually mugs are used, which may be passed from hand to hand along a pew from a tray brought along the aisle. A slightly sweetened bun, which can be served in baskets passed along the pews, is a convenient form of bread. Usually men handle the trays of mugs, and women the baskets of buns. While the congregation partakes, the choir sings an anthem. Later the mugs are quietly gathered and removed. The food served is not consecrated, as in the communion. Children and members of any denomination may partake.

There are many services during the year at which a lovefeast is appropriate, such as the festivals of the church year, the anniversary days of the Moravian Church, the anniversary day of a congregation, a missionary occasion, any day in fact on which there is a desire to stress the headship of the Lord and the oneness and fellowship of His followers.

The Moravian Music Foundation has prepared a General Lovefeast Outline for congregations interested in holding a lovefeast service.

– An Excerpt from Customs & Practices of the Moravian Church by Adelaide L. Fries; updated 2003 by C. Daniel Crews & Richard Starbuck. © 2003, Interprovincial Board of Communication, Moravian Church in America

Moses said, “Would that all the Lord’s people were prophets, and that the Lord would put his spirit on them!” Numbers 11:29

Do not quench the Spirit. Do not despise the words of prophets, but test everything; hold fast to what is good. 1 Thessalonians 5:19-21

Holy One, your love for us is unequaled. We ask that we may be strengthened through your presence. May we be steadfast, representing you in your world, always abounding in your grace. Amen.