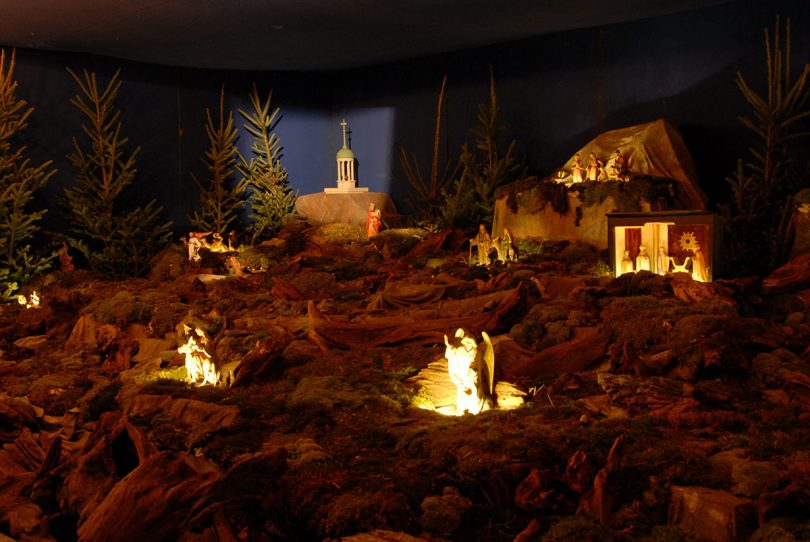 As with most Moravian customs, Christ is the center of our Christmas celebration. This is symbolized best by the building of the putz, a depiction of the story of Jesus’ birth. A putz can be a simple manger scene. In its most elaborate form, the putz fills a room. The word putz comes from the German word putzen which means to decorate or clean. The manger is always the center of any putz.

The essence of the putz tradition is found in the way in which each putz is built to tell the Good News of the coming of the Christ Child. It is more than a nativity scene with adoring shepherds. It is the Gospel in miniature from Isaiah’s prophecy and Mary’s annunciation to the visit of the wisemen and the flight into Egypt. The joy comes in creating the story of the wonder of Christ’s birth so that the Son of God can be welcomed into the hearts of the home at the Christmas.

Another Moravian custom is the Illumination. This has two meanings. It refers to the custom of putting a lighted candle in each window of the settlement after dark, a custom continued today. It also refers to the illuminated pictures found in some of our churches. The candle in the window is an especially beautiful part of Christmas in the settlements – Salem, Bethlehem, Lititz. History records that in the Herrnhaag (Germany) settlement there were so many candles in the windows that “it appeared from Budingen as though the whole hilltop were a single sea of flames.” 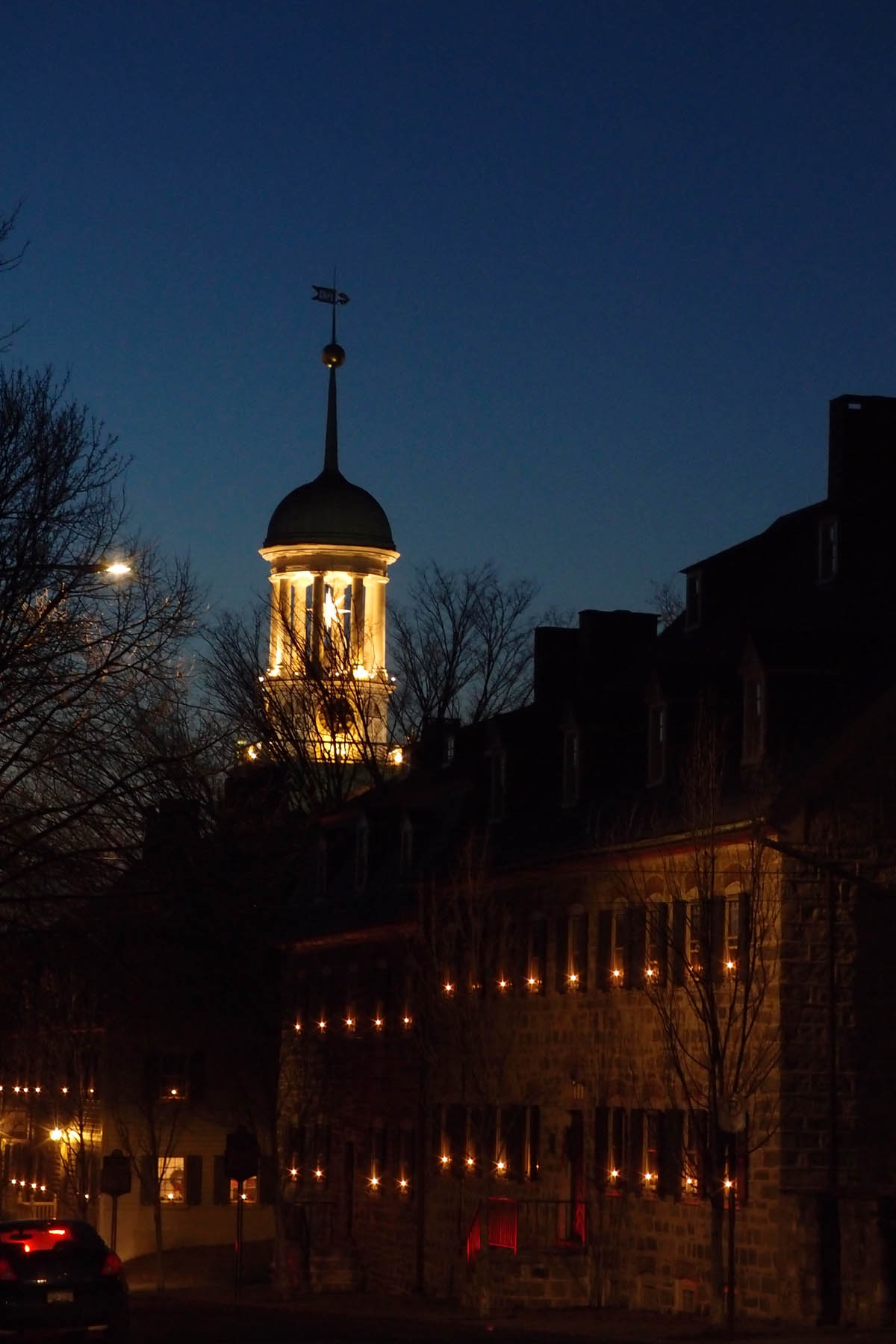