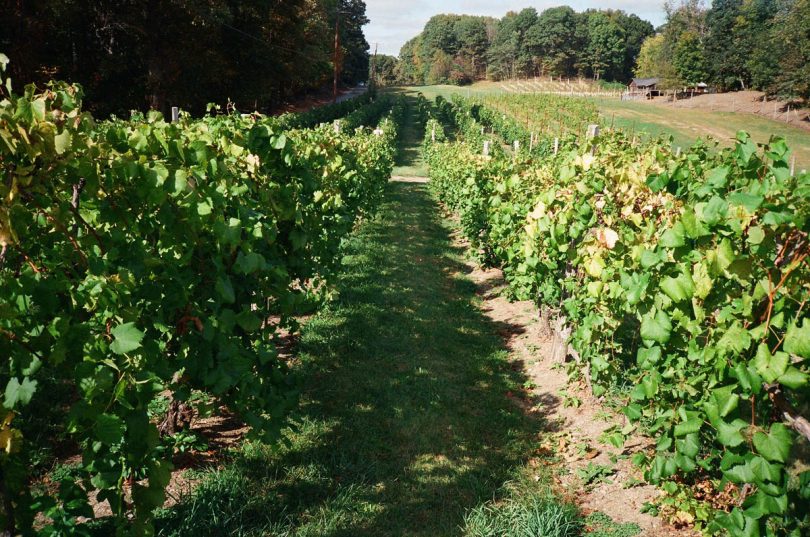 The Parable of the Two Sons

28 “What do you think? A man had two sons; he went to the first and said, ‘Son, go and work in the vineyard today.’ 29 He answered, ‘I will not’; but later he changed his mind and went. 30 The father went to the second and said the same; and he answered, ‘I go, sir’; but he did not go. 31 Which of the two did the will of his father?” They said, “The first.” Jesus said to them, “Truly I tell you, the tax collectors and the prostitutes are going into the kingdom of God ahead of you. 32 For John came to you in the way of righteousness and you did not believe him, but the tax collectors and the prostitutes believed him; and even after you saw it, you did not change your minds and believe him.

When asked to do something by someone you have a relationship with, if you are able to do it, it is natural to respond yes. So when my friend Hermann asked me to write a bulletin back for the upcoming year, I naturally said yes. But now, during all the pandemic chaos, as the bulletin deadline looms, I find myself fallen behind. Perhaps I just won’t do it. Perhaps he can figure something else out. Perhaps he can write it himself.

If, after I have said yes to Hermann, I do not do what I’ve said I would do, I disrespect Hermann, demonstrate insincerity in my word, and ultimately live into a lower standard of being.

In our text today two sons are asked, “Will you . . . ?” One says no, but does. The other says yes, but doesn’t. The one who says no but does, respects his father, demonstrates sincerity in his efforts, and ultimately lives into a higher standard of being, thus producing an effective witness.

Through his death and resurrection, Jesus fully reveals God’s truth of grace and redemption. His disciples are instructed that living at the lowest standard of witness and declaration of the truth, that is, witnessing to that truth in a less than complete manner, is not an option. There is no righteousness simply responding, “Yes.” The righteous deed is doing what is right, and doing it comprehensively, even when it is uncomfortable.

“Go work in the vineyard.” One son says, “Sure!” The other says, “Not today.” The one never gets there. The other changes his mind and goes. “Which one does the father’s will?”

Not a tough question to answer. But as in all parables, it’s not an easy answer to hear. It is the age-old controversy of words and works, of saying or doing.

When it comes to working in the vineyard, we can get pretty lax, especially when it involves sharing the gospel. We have heard it over and over so often that we are afraid of the E word, “evangelism.” But working in the vineyard, and living the faith, is not something that’s supposed to be separate from the rest of our lives. It is to be the very foundation of who we are as Christians. Living the faith, living as if the faith is true and real in my own life, is as powerful as any words.

The son who said he would work and didn’t isn’t any less a son, of course. Neither is the son who changed his mind and worked any more of a son. Rather, it is whether they or we do what we say we are going to do.

We are all challenged at our baptism to “live by faith in the Son of God, who loved you and gave his life for you” (Liturgy for Baptism, Moravian Book of Worship, page 168). As we grow and live, we turn those words into the action as we work in the vineyard of our daily lives.

“Bring the body, the mind will follow,” is a statement heard around 12-step meetings. Let’s adapt that a little: Live the faith, and you will develop even more faith. Put the words of faith into action, and you will find more words–and deeper faith–than you ever thought possible.

In today’s Gospel lesson, Jesus tells of a father who asks each of two sons to do something. When the first son hears what his father asks, he refuses outright, but later he repents, and does what was asked. The other son politely agrees to do what is asked, but subsequently doesn’t do it.

Jesus then applies this story by saying that the tax collectors and prostitutes of his day, the most disreputable people around him, have believed John the Baptist, implying that they have also repented of their ways. And then ,Jesus tells the chief priests and elders of the people, who are standing around him, “Even after you saw this, you did not repent and believe [John the Baptist].”

Jesus began his own earthly ministry by proclaiming, “The Kingdom of God is near. Repent and believe the good news” (Mark 1:14-15). Repenting is making an about-face, turning 180 degrees. The first son in Jesus’ story made his 180-degree turn, first refusing to do what was asked, and then going to do it. The tax collectors and prostitutes Jesus referred to made this 180-degree turn in repenting of the wrongs in their way of life, and they believed.

Is repenting and responding in belief something that needs to happen only when we become a Christian? How can we rightly seek the kingdom of God first, in our life, daily, unless we repent of our wrongs, and reaffirm our faith, daily?

Lord, give us the grace to seek your kingdom as our first priority. You assure us that when we do this, what we truly need, which is not much, will come to us. We give thanks that you are there for us to ask this. Amen.

Which of the Two

Jesus’ story of the two sons and their response to their father recalls the story we all know, the parable of the prodigal son. Both are told in the context of controversy with leaders of the society in which Jesus lived, whom Matthew calls “the chief priests and elders of the people” (Matthew 21:23).

This story reminds us of the need to change: “[The first son] changed his mind and went” (v. 29). Jesus said to the chief priests and elders, “John came to you…you did not change your minds and believe him” (v. 32). The chief priests and elders resist Jesus, not because they are Jews, as some Christians might have us believe, but because they are secure in their positions as leaders. The more secure we are in our positions, the less likely we are to be open to the change Jesus asks of us. This story invites us to faith that is less about changelessness than about growth.

One brother says yes and then does not go. Perhaps he says yes just to please his father, or because this is what people want him to say. Do we profess our faith too soon? Do we expect people to say yes before they know what Jesus asks? Do we ask people to say yes to joining a church, when Jesus invites us to a whole new way of life? Do some of us drop out of church because we find that Jesus is expecting more than we have bargained for? Or perhaps because we take Jesus seriously but find that few other people in the church do?

This story challenges us to promise less and do more…to be more thoughtful and serious about what we do promise…to think about what we expect of confirmands, or how we pressure people to join the church.

Jesus welcomed tax collectors and prostitutes because they were ready to follow him. He will welcome us.

Foresight is universally hailed as a virtue and rightly so. Planning ahead, on both the personal and the group level, is essential to what we call civilization. Foresight and the will to act upon it have built great lives, great fortunes, great institutions, great nations. How often we hear the lament: “If only I had planned ahead more wisely, my life would have been quite different.”

Yet there is something to be said on the other side of the matter. The world also owes much to courageous souls who acted without benefit of foresight and plan. The Christian Church came into being because there were dedicated souls who followed the Spirit’s leading on a day to day basis. God surely has a long-range plan for the Church, but often, as Christians we must act without knowing how a particular situation fits into that plan.

As with so many of our God-given endowments, we misuse our capacity to plan ahead. Afraid of poverty, we pay undue attention to our own security. Eager for status, we look ahead and follow a course which we think will win the acclaim of others. Ambitious, we advance our own interests in thoughtless disregard of the needs and feelings of others. Far-sighted in secular things, we remain near-sighted in spiritual things.

What has all of our self-centered planning accomplished? It may have brought some of us to the plight of the rich farmer in the biblical parable who prided himself on his security. God said to him, “Fool, this night your soul is required of you.” Collectively, it has brought wide-spread tragedy. Everywhere today there hangs over us anxious uncertainty.

To the Christian, this is a day of opportunity. It is a time as never before when the door is open to unselfish planning in the sharing of world resources. The period of mass unemployment calls for effective demonstration of brotherhood. The call for long-range planning is urgent. Just as urgent is the perennial need for unselfish, short-term responses to the Spirit’s leading. 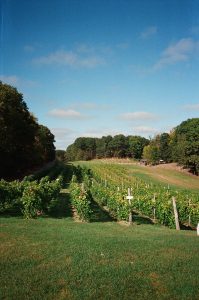