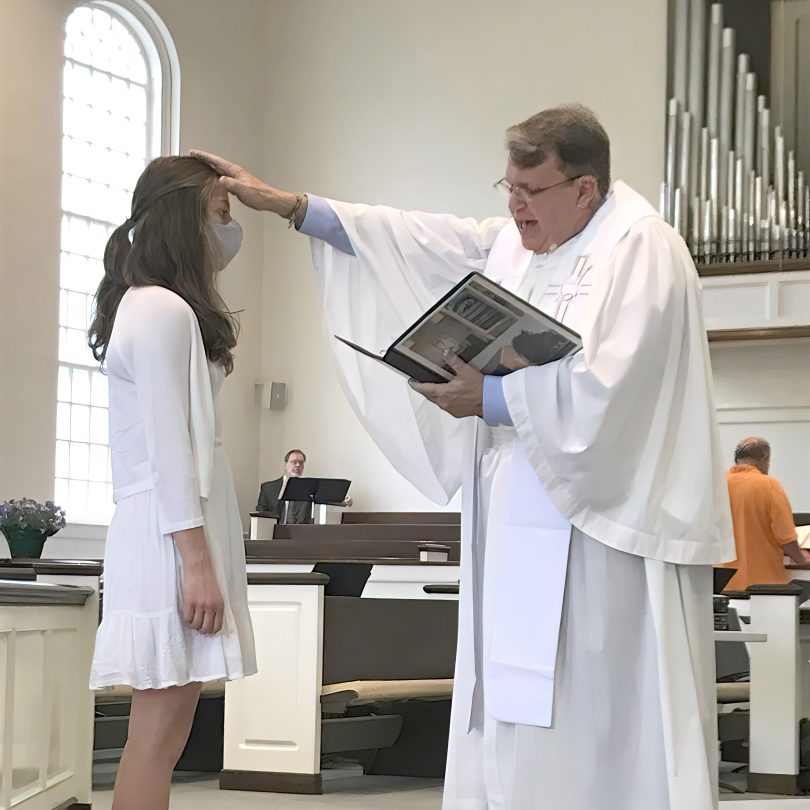 On Palm Sunday, March 28, a most unusual confirmation service was held at New Philadelphia Moravian Church. In the culmination of a journey that began almost two years ago, six young people, through confirmation and baptism, became members of New Philadelphia and two young people were confirmed as members of Fries Memorial Moravian, all in a service that was officiated by the interim pastor of Unity Moravian. As with so many things in these unusual times, this unique service came about, at least in part, because of the Covid-19 pandemic.

In the fall of 2019, the class began to meet. Together they learned the meaning of confirmation, the 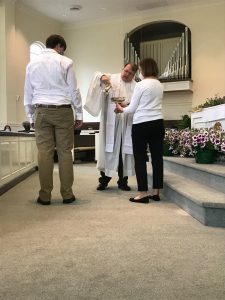 connection between baptism and confirmation, and the basics of Christian faith as lived in the Moravian Church. They discussed the essentials of how God creates, redeems and sustains, and how we are called to respond with faith, love and hope. The class learned the history of the Moravian Church-from Hus to Comenius to Zinzendorf; from Moravia to Germany to America. They shared the joys and challenges of living as a Christian in 21st century America. After months of study and learning, prayer and discussion, they were ready to confirm their faith in God and claim their place in the church. The confirmation service was scheduled for Palm Sunday, April 5, 2020. But then, just a few weeks before that day, the world changed.

When the impact of the Covid-19 pandemic began to become clear, when congregations moved to virtual services, with no one in the sanctuary, the decision was made to wait until things returned to “normal” before holding the confirmation service. So those eight young people, who had worked so hard to be ready to confirm their faith, waited. And waited. And waited.

As the days turned into weeks, and the weeks turned into months, and the months became a year, it began to seem like they would never have the opportunity to publicly confirm their faith. The words of Psalm 113 “How long, O Lord? Will you forget me forever?” seemed to become a reality.

How long, O Lord? It’s likely that the apparently unending waiting turned into something else. Did that wait ever turn into doubt?  Did they think that the church had forgotten them?  Or maybe even that God had forgotten? After so many weeks and months passed by, there had to be times when it seemed like their confirmation would never happen. That it had been forgotten forever, that God was continuing to hide his face.

How long, O Lord? But then God “considered and answered” those pleas. Over the recent weeks and 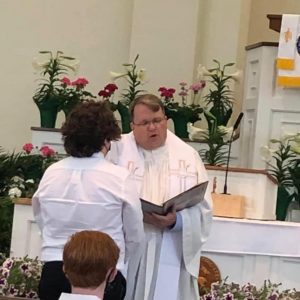 months, life began to not quite return to normal, but to regain some normalcy. The effects of the pandemic finally started to lessen and people were able, in a limited way, to get together again. God gave “light to our eyes” and helped us see that, even though we have been waiting and waiting, we have not been forgotten, and in this case, the confirmation class had not been forgotten.

Palm Sunday 2021 was what “confirmation in the time of Covid” looks like. It was the coming together of three congregations to function as one to allow our young people the opportunity to confirm their faith in God as creator, redeemer and sustainer with faith, love and hope. May it serve as an example to us all that we are all in this together. 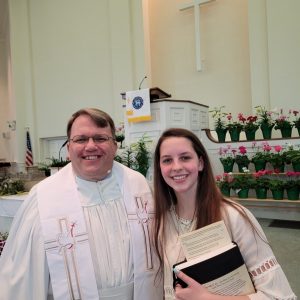