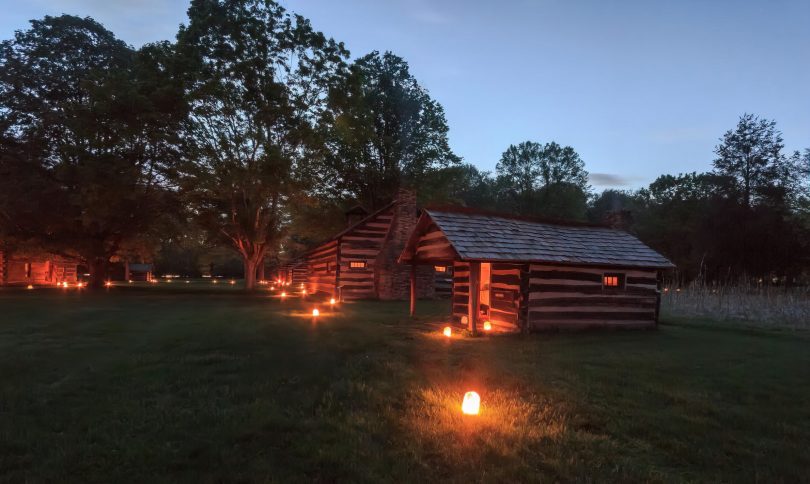 On May 3, 1772, in his diary of his trip into Ohio with five Lenape families, Moravian missionary David Zeisberger wrote, “We were overjoyed to arrive at our site on the big Spring toward noon…Our hearts were happy and grateful that the Savior had assisted us so mercifully on this difficult journey.  We camped here and erected huts today and looked around the area again for the best site to establish the town. However we did not find one more suitable…”

Now, 250 years later, Moravian churches in the Tuscarawas Valley are joining with the Dennison Depot, the Ohio History Connection and members of the Delaware Nation to commemorate the founding of Schoenbrunn Village with a special celebration set for May 3 and 4, 2022.

Schoenbrunn Village, built as a Moravian mission, was the first Christian settlement in Ohio. Established by Zeisberger, the village also included the first church, first schoolhouse and first code of laws in the Ohio territory. The village prospered for about five years, until pressures from settlers and other tribes aligned with the British forced them to abandon the site in 1777. Restored to appear as it did in its heyday, the current Schoenbrunn Village site includes reconstructed log structures, a church, gardens and the original cemetery.

The Rev. John Wallace, pastor of First Moravian Church of Dover, has been instrumental in making the 250th Celebration effort possible. Volunteers from New Philadelphia-area Moravian churches will assist in many of the festivities. In addition, the Rev. Dr. Betsy Miller, president of the Northern Province Provincial Elders’ Conference and the Rev. Dr. Craig Atwood of Moravian Theological Seminary, will speak during the celebration.

The event on Tuesday, May 3, will be for adults and the community.  A ceremony featuring a welcome and a prayer in the Delaware language, German and English will open the events. The 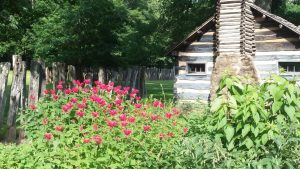 program will feature the New Philadelphia Children’s Choir, the Moravian Trombone Choir, local and state dignitaries and members of the Delaware Tribe.

A Children’s Day will be held on Wednesday, May 4, inviting area fourth graders to visit Schoenbrunn and learn more about Ohio history for free.  Many of the Moravian and Delaware guests will be participating in the Children’s Day, too, including Paul Peucker and Tom McCulloch from the Moravian Archives, the Rev. Melissa Johnson, Eastern District president; and the Rt. Rev. Chris Giesler and Justin Rabbach from the Board of World Mission.

The Northern Province is also sponsoring the creation of a sculpture, originally envisioned by Rev. Wallace, featuring figures representing the three branches of the Delaware Tribe – the wolf, turkey and turtle. It will also include the word “Welcome” in Delaware, German and English and will be given by the church in honor of the Delaware Nation to the village of Schoenbrunn in recognition of its historic significance to the Moravian Church in America.

To learn more about the Schoenbrunn Village’s 250th celebration, visit the site’s page on Facebook: https://www.facebook.com/HistoricSchoenbrunnVillage/.  The Moravian Magazine will be on hand to cover the event.