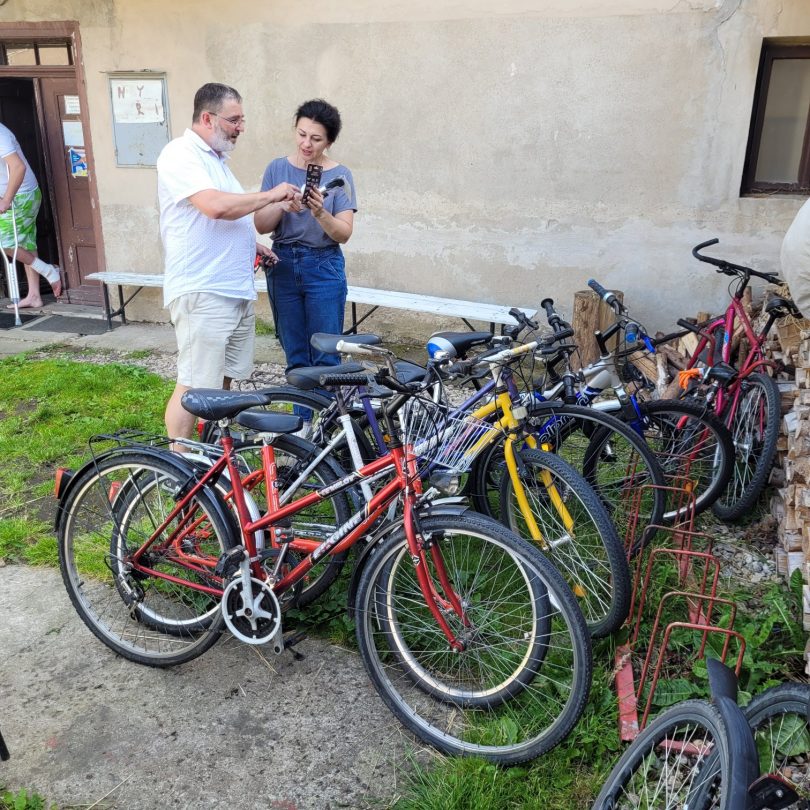 This summer, my wife Cat and I traveled to the Czech Republic to plan stops for the 2023 Young Adult Convo set for next June.  While making our plans, we contacted Daniel Dostrašil, the pastor of the Moravian Church in Ústí nad Orlicí, Czech Republic about bringing 50 or so young adults to his church for a short mission project while on Convo. Ústí nad Orlicí is one of the oldest Moravian Church sites in Europe. This year they are celebrating 525 years and we wanted to make a stop there to show those on Convo another side of Moravian history.

When talking with Daniel, he said they needed help now! He and his congregation 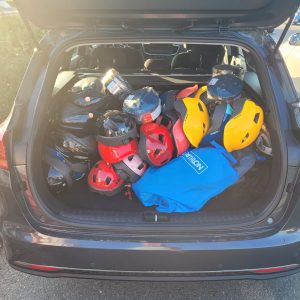 have been doing what they can to help with housing and other needs of refugees from Ukraine. Since the war with Russia began in February, towns across Europe have seen many people come to them escaping the war. Ústí nad Orlicí is on a major train route between Russia and Western Europe. People escaping the war have been boarding trains not knowing exactly where they will end up and they would just get off wherever looks good to them. For many, it is the town of Ústí nad Orlicí in the Czech Republic.

After taking some time to discern the call to help, we agreed that we must do what we could, although at the time, we did not know what that meant. After some time, Daniel told us that there was a need for bicycles for the folks coming from the Ukraine. Most had to walk around town and public transportation only went so far if they could find money for it. So, Cat and I told our congregations (Water of Life Lutheran and Covenant Moravian in Wilmington, N.C.) about the mission and they overwhelmingly helped the cause. We were able to raise about $4000 for bikes, helmets, some bicycle baby seats, and an electric bike for a man with a serious leg injury. 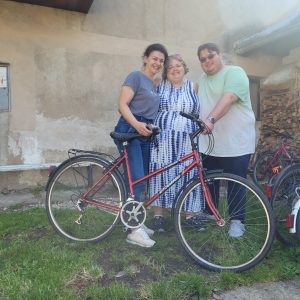 Word got out beyond our congregations and donations came in from across the Southern and Northern Provinces. We also were asked by Daniel about collecting used Kindles and e-readers to form a digital library for those coming from Ukraine. All in all, we collected around 20 readers to take to them.

When we arrived, we thought our mission was to help with the needs of only those refugees in town, but it is amazing how God finds opportunities to share talents in unexpected ways. So, in addition to finding and distributing bikes and Kindles, we were asked to visit several schools and talk about ourselves and who we were as Moravians. The history of the Moravian Church taught in the Czech Republic schools stops with John Amos Comenius and he is taught as being the last bishop of a church that does not exist anymore. This history comes as a result of the many years the Czech lands were under communist rule. So, for those we talked with it was an eye-opening experience to know that the church of Comenius and Hus was still alive and well around the world and in their own town.

During our two weeks in the Czech Republic, we were presented with many “God 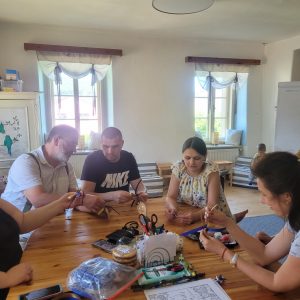 moments” —moments such as pieces of Convo coming together with what has to be divine intervention; the tears, laughter, and stories from our Ukrainian friends; time with Daniel and his family which included us as part of their family, and then sharing our history and faith with school children. We were called to help others and yet we were blessed with the moments to share God’s love and the connections we all have with one another across the world.

The Rev. Jeff Jones is pastor of Covenant Moravian Church in Wilmington, N.C. The 2023 Youth Convo will visit Czech Republic and Germany July 3-11, 2023.

Donna Hurt, a retired christian educator and member of Home Moravian Church in Winston-Salem, N.C.,  joined Jeff and Cat in their work in theCzech Republic. In this remembrance, she shares some of her insights about her visit there.

In June, I was blessed to accompany Jeff and Cat Jones to the Czech Republic, specifically to assist pastor Daniel Dostrasil and his congregation with helping the refugees, mostly women and children, who have practically nothing.

On Monday, Wednesday and Friday mornings, refugees are invited to gather at Daniel’s church, giving them an opportunity to be with others since they are alone so much.  Daniel had asked me ahead of time to lead these gatherings, so I planned activities that I hoped would be enjoyable, allowing these dear people to do something other than think about the war back home. At Daniel’s suggestion, along with fun get-acquainted games, I shared unusual or special experiences from my many travels around the Unity. I also took a paper for each of them to color. Around the edges were flowers, and in the middle were the large words: “Trust in the Lord with all your heart.” I wanted them to take their beautiful creation to their room or apartment and be encouraged by looking at it every day.

Sometimes I was able to talk individually with Ukrainians. After a conversation with one young woman about her life now and all that she had left behind, I shared how very, very sorry I was that all this was happening to her. Since we had briefly connected in a special way, she responded with tears in her eyes, “Thank you so much for caring.” And that brought on tears for me as well.

Another woman I spoke with on several occasions was Alah. Daniel’s church is helping her, and one day we took her a bicycle. Alah spoke about hoping the war would end by winter, so she’d be able to go home and find her husband. Because we had been talking for a while and were now ‘friends,’ I gently offered that I could not know what would happen with the war, but that I did know God loved her and would take care of her. Not having any idea how much Alah understood about God, I nevertheless encouraged her to hold that truth in her thinking.

In the tiny apartment at Daniel’s church now lives a refugee family with a mother named Lesia and her three young sons. They have so little, wear the same clothes almost every day, but shared lots of smiles whenever I had a chance to talk with the mom or play with the boys…especially when I taught one of them new English words!

One day, we traveled to the nearby town of Nova Paka, where the Czech Province had purchased an empty hotel some years ago. They were renovating the building to eventually rent the rooms. But that idea changed when Ukrainians started flooding the country: the renovations are now for the refugees. While touring the building to see the work underway, we talked with several of the three dozen Ukrainians already living there, two people per room with two beds, a table and a bath.

Moravians in Europe are definitely stepping up to this heartbreaking refugee situation. Moravians in America are doing likewise, through the Board of World Mission and other ways. As for me, I had one specific request that I repeated to God over and over during the weeks of preparation, because I knew this trip would be different. “Use me, Lord, just use me. Let me be Your love, however You choose, to anyone around me.” I will never forget the opportunities and blessings of those days.