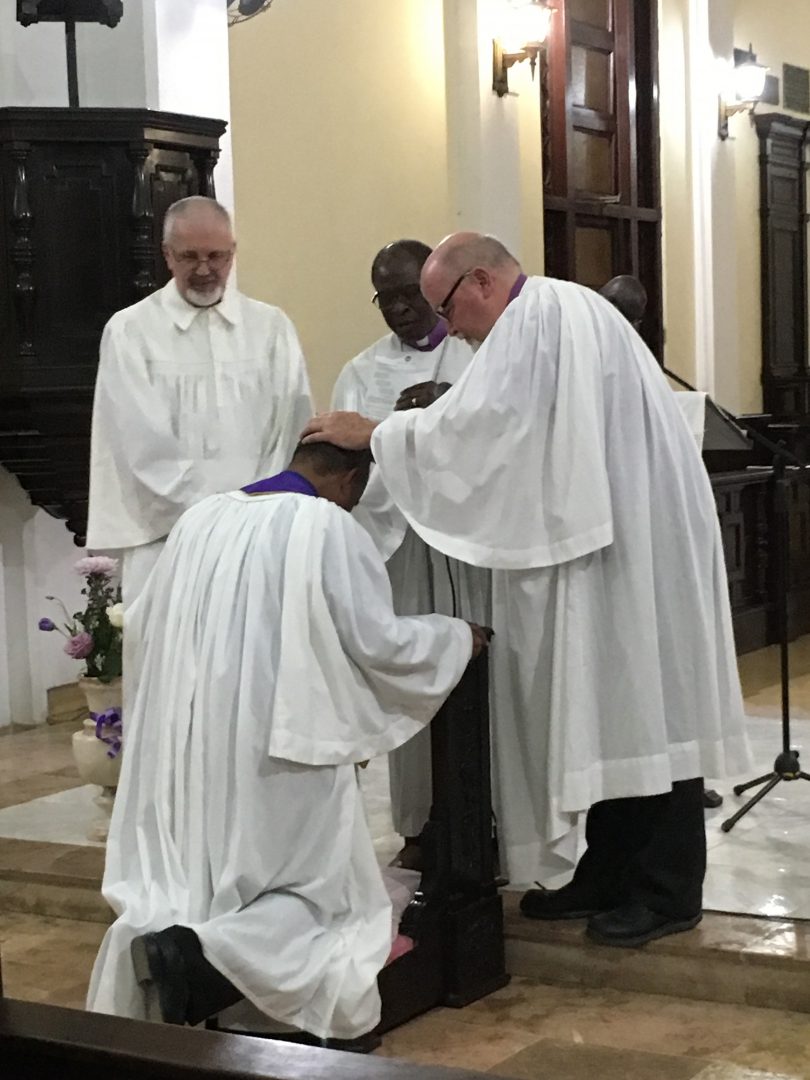 In January, the Unitas Fratrum consecrated its first bishop from the growing ministry in Cuba.

Representatives from each of the seven Moravian territories in Cuba were in attendance, as well as special guests, including the Consul from the Czech Republic, the Ambassador from Antigua and Barbuda, the Vice-Consul from South Africa, the Chair of the Moravian Worldwide Unity (the Rev. Dr. Cortroy Jarvis, from Antigua), the Lutheran Bishop of Havana, the president of the Cuban Council of Churches, the Archbishop of Havana (Roman Catholic), two representatives from the Cuban Muslim Community, members of the Armando Rusindo Mission Foundation, other guests from North Carolina, the director of associations for the Department of Justice of the Cuban government, and the assistant to the Minister of Religious Affairs of the Cuban government.

An ecumenical music group led the hymns and praises and also provided some beautiful musical interludes. The service was led by the Rev. Tania Sanchez, president of the Cuban Moravian Mission Province, with liturgists from the various territories taking part as well. 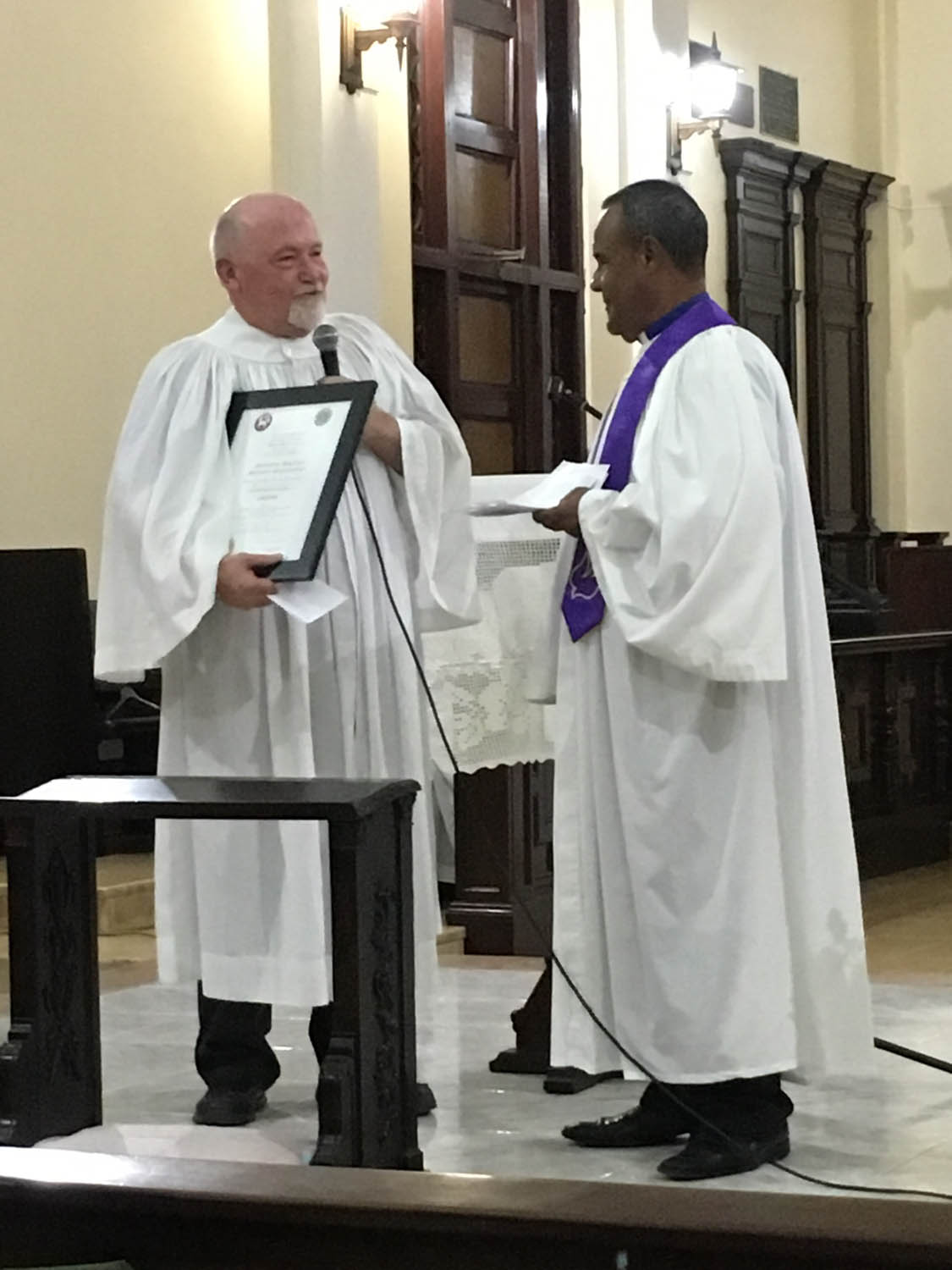 A look at the journey

The consecration of Brother Rusindo was a glorious and historic event, but in order to more fully understand its significance, we must look not only at the destination but also at the journey.

The journey began in May of 1997 when Armando Rusindo felt a clear and strong calling from God to establish a church in his native land, Cuba. As he pursued this vision, he began to become aware of something called the “Iglesia Morava” (Moravian Church).

In July of that same year, the Caribbean Council of Churches met (for the first time) in Havana. Moravians from Jamaica and from the Eastern West Indies attended the meetings and Armando was introduced to some of them by a mutual friend. The Caribbean Moravians met with him, gave him some Moravian books and documents, and said that they would stay in contact with him. In the meantime, Brother Rusindo began conducting “house church” meetings in Havana, despite pressure not to do so because of the political climate at that time.

In January 2012, the Cuba Mission Area came under the supervision of the Southern Province, through the North American Board of World Mission, and in June the Cuban government gave the church full recognition and legal standing. At a National Assembly of the Cuban Moravian Mission Area in 2013, three Deacons were ordained and Armando Rusindo was consecrated as a Presbyter.

Three years later, at the 2016 Unity Synod in Jamaica, the Moravian Church in Cuba was designated as a Mission Province to be accompanied by the Southern Province through the North American Board of World Mission. Mission Provinces can elect bishops, so, at the Synod of the Cuban Moravian Church in Havana in 2017, an episcopal election was held and Armando Rusindo was elected. At that same synod, the Rev. Tania Sanchez was elected to be president of the Cuban Moravian Mission Province, which now included churches and ministries in seven territories across the island, stretching from Havana to Guantánamo.n

The Rt. Rev. Sam Gray is director of mission outreach for the Board of World Mission. Photos provided by Sam. 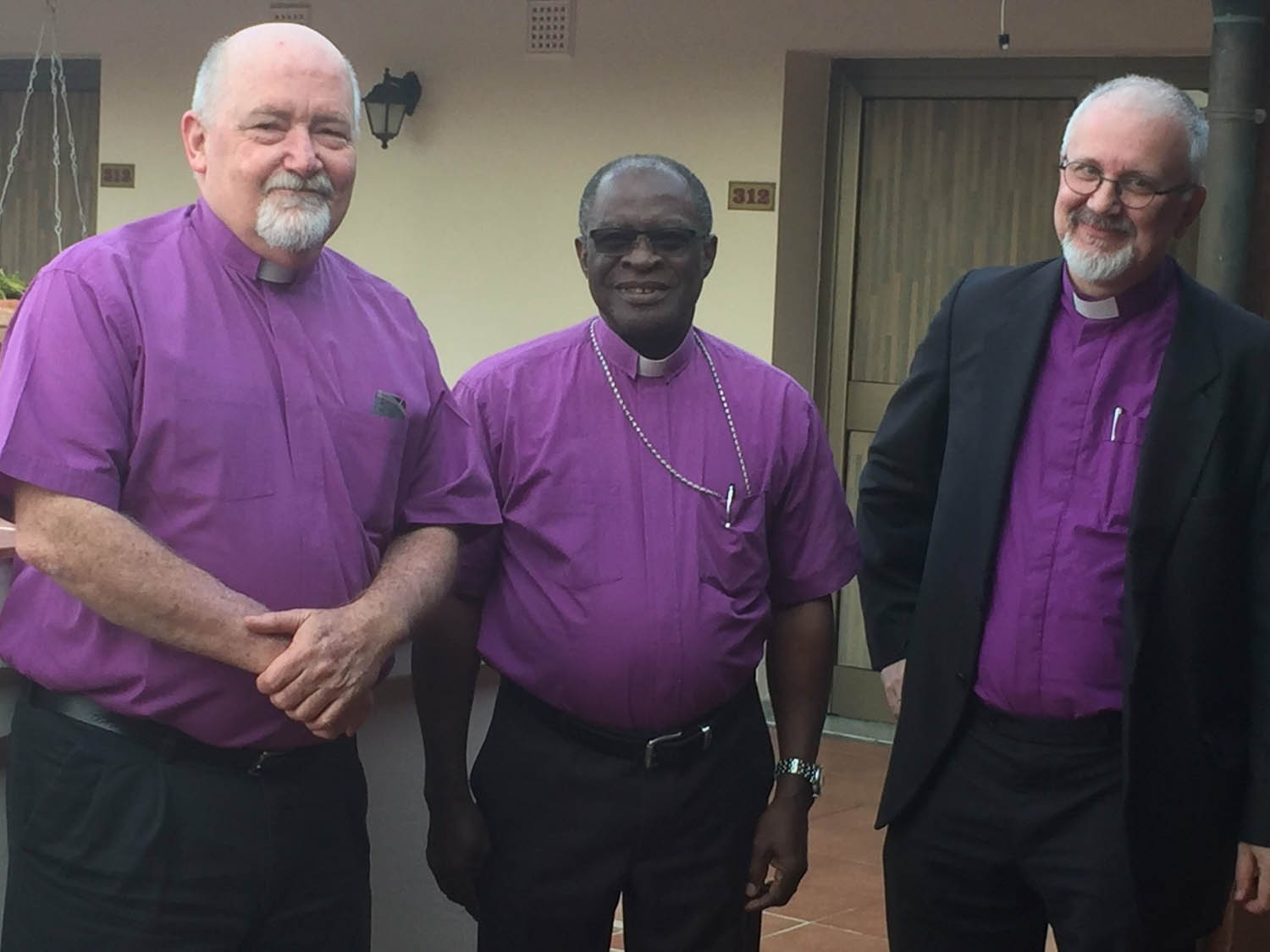 At his consecration service, Bishop Rusindo was asked to offer a word of testimony and response. He decided to express his thoughts poetically. The following translation of his words may not capture the beauty of the poetic expression, but it may give a glimpse of the journey:

Five hundred and sixty years has been the trajectory of this church that has left its footprints in fertile history, and in this constant struggle of great commitment and service, her bishops have served with exemplary sacrifice.
For me it is a privilege that I do not deserve, to be included among them today because God saw fit so to do.

What can I say? Only: thanks, thousand thanks, dear Lord. And thanks also to the church for granting me this honor. I will serve, yes, as always, with passion and dedication, but now facing the greater challenge that the Lord has placed upon me. I need God’s grace and I need your prayers to continue on this road with strength and courage bearing abundant fruit for the work of God.

I will pray and I will work for the church, but not alone! Because deep in our souls we have a clear vision: the Church of Christ is one as her Lord is one. And in this unity, brothers and sisters, I urge you with fervor: let us join our forces; let us work with ardor,  that Cuba may belong to Christ! That in Cuba the Lord will reign! 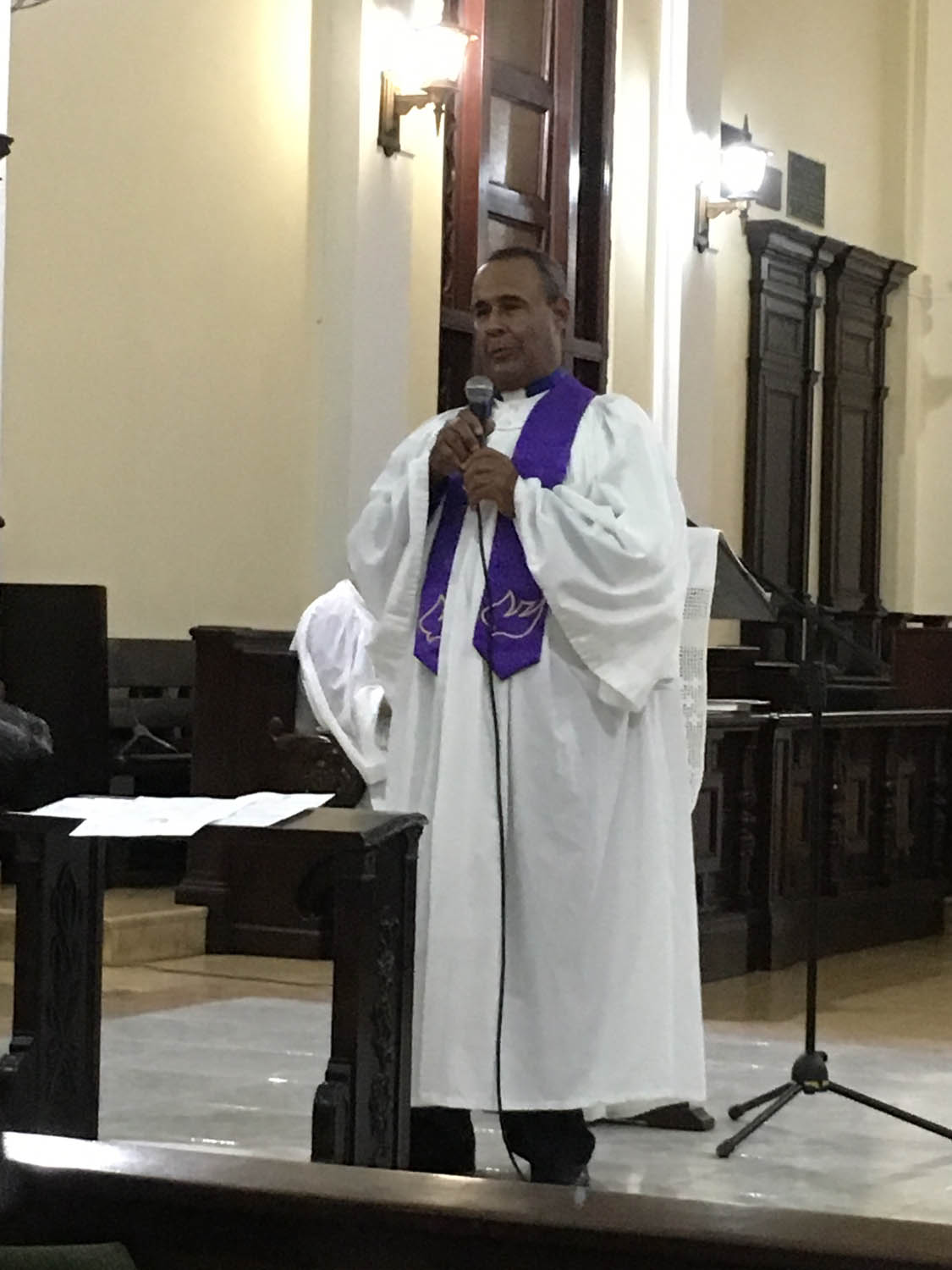