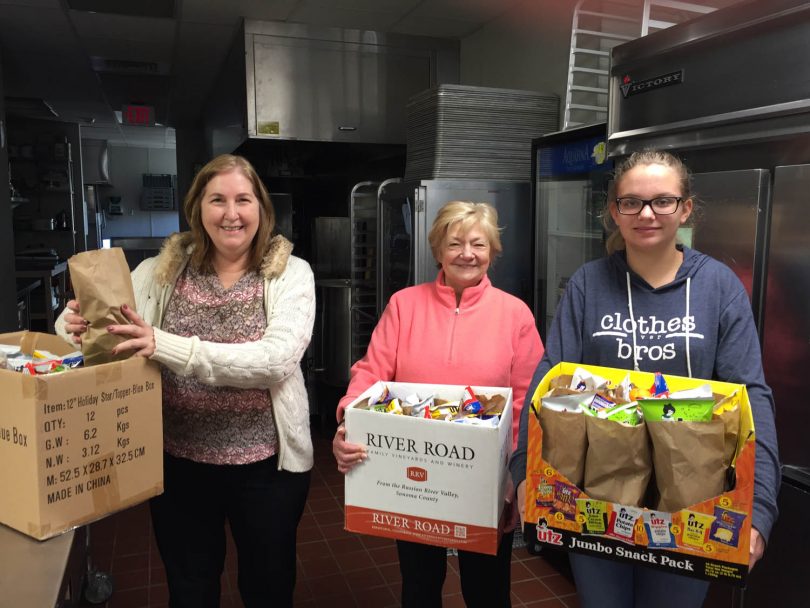 When most folks were planning their summer vacations earlier this year, the Connections Ministry members at New Philadelphia Moravian Church were making plans of a different sort. The second year of 12 Days of Service, a December project that would touch hundreds of lives in the Winston Salem area, was being plotted even though the Christmas season was a half a year away.

It all began in the late summer of 2015 when the Connections group first proposed an idea to its congregation. A YouTube video from a Texas congregation provided the inspiration for a new version of “The 12 Days of Christmas”—one without swimming swans, milking maids and turtledoves. The Texas project was all about service, all about “shining the light.”

This was right in line with the purpose of the Connections Ministry, an effort to discover and create ways for our congregation to connect more effectively with visitors, with each other and with the community. This suggested initiative would coalesce our energy and our missional focus in a novel way.

Initially, I was skeptical. After all, December is already jam-packed as we hang greens and stars, decorate trees, attend pageants, host Lovefeasts, shop for gifts, gather with family and colleagues and put in extra time serving our community. We’re over-extended, over-committed, and out of time! How would the New Philadelphia congregation respond to the suggestion that we take on 12 new projects, over and beyond what we’re already doing, to serve non-profit organizations throughout Winston-Salem, in the busiest month of the year?

All we could do was try.

We created 12 opportunities to serve our neighbors during the first 12 days of December. We called it “12 Days of Service.” And it worked. The congregation said “yes” as individuals and families began adding their names to sign-up sheets presented in November.

During those 12 days in December, we chose to help some organizations with which we already had relationships. For example, we fed the homeless at one local emergency shelter, took a Lovefeast to homeless men at another, and had a special drive for Sunnyside Ministry, which serves struggling families in our city.

There were new relationships established, too. There was an afternoon party for the residents of a skilled nursing facility, and snacks prepared for those staying at our Ronald McDonald House. We also collected personal care items for abused women.

But it was not only about the good work. There were benefits that we didn’t see coming. There was the Saturday morning that three women, clearly representing three generations, met in the church kitchen to make sandwiches and pack lunch bags for homeless men and women. None of the three had ever met, but as they discussed how they might complete the task most efficiently, they became a well-oiled machine, working alongside each other and becoming friends. 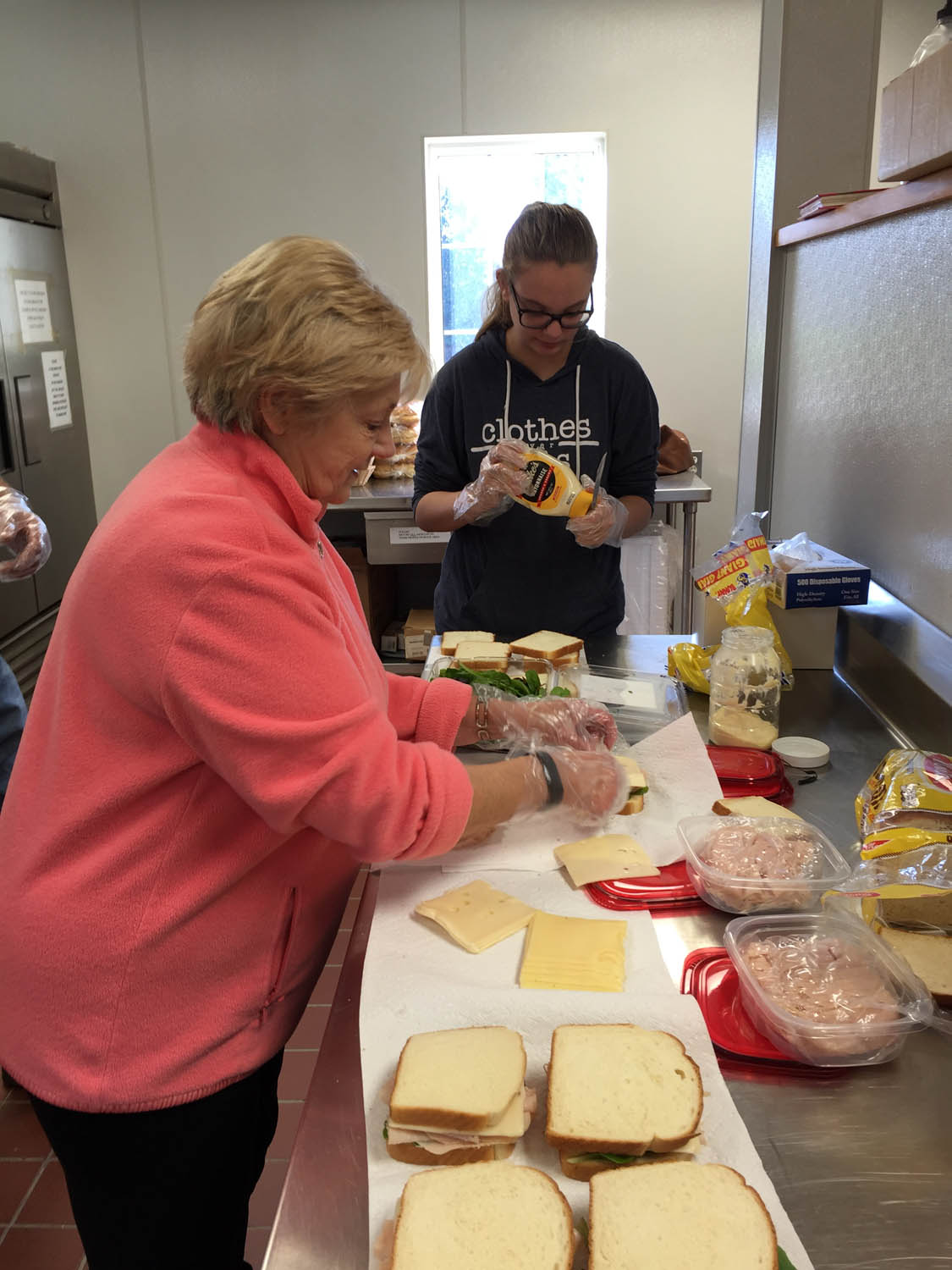 Now, we’re in the final planning stages for 12 Days of Service 2016. And we hope other churches may join us in some of our projects or create their own 12 Days of Service. Here’s an overview of the activities we’ve tentatively planned:

* Thursday, December 1: The Boy Scout Troop we sponsor will deliver food from the Thanksgiving Lovefeast collection and from their own food drive.

* Friday, December 2: Eighty fourth-graders from South Fork Elementary School, our neighborhood school, are invited to attend a Lovefeast here at New Philadelphia. Following the Lovefeast, we’ll guide the students in creating a putz of our community 100 years ago. (Value is added to this project through the work of a retired teacher from our congregation who is developing a teaching module to share with teachers, incorporating Social Studies state requirements).

* Sunday, December 4: Our youth will coordinate a drive to collect stocking stuffers for Salvation Army in conjunction with our Children’s Lovefeast.

* Monday, December 5: We will highlight the Angel Tree, a project of our preschool, benefitting needy families identified through Forsyth County Public Schools.

* Tuesday, December 6: Dinner followed by a Lovefeast will be served at Samaritan Inn, a homeless shelter for men.

* Wednesday, December 7: Breakfast and/or dinner will be served at the SECU House, a facility offering low-cost housing to friends and family members of patients receiving care at local hospitals.

* Thursday, December 8: We are collecting over-the-counter medication for the Crisis Control pharmacy.

* Friday, December 9: A Lovefeast and Lunch will be served at the Winston Salem Street School, an alternative high school for struggling students in our city.

* Saturday, December 10: Lunch bags are being packed for City with Dwellings, a wintertime overnight shelter.

* Sunday, December 11: We will offer specific prayers for specific inmates of the Forsyth County Jail and Prison.

* Monday, December 12: Thousands of rolls of toilet paper—yes, THOUSANDS (at least, that’s our goal!)—will be delivered to Sunnyside Ministry which distributes about 900 rolls monthly to families they serve.

On the 13th day, we’ll breathe a sigh of relief, and kid ourselves into thinking that we can relax for a moment. We’ll wonder how we did it, we’ll be relieved that it’s over and glad that we’re all still good friends. And when we look at the photos documenting each day, the work we accomplished, the people we served, we’ll notice that all of us are smiling. Clyde Manning is pastoral assistant at New Philadelphia Moravian Church in Winston-Salem, N.C.

From the September/October 2016 Moravian Magazine 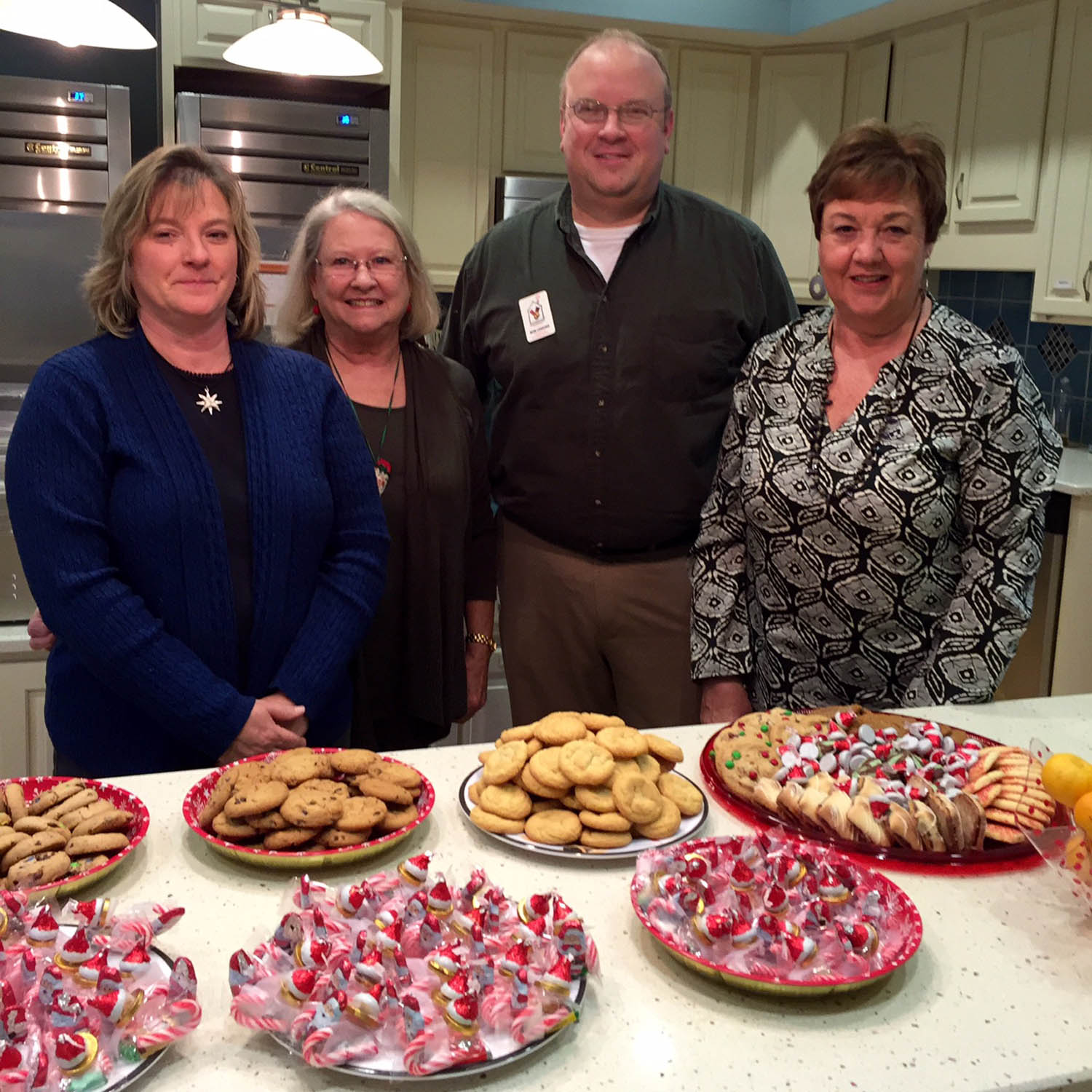 Even youths will faint and be weary, and the young will fall exhausted; but those who wait for the Lord shall renew their strength, they shall mount up with wings like eagles, they shall run and not be weary. Isaiah 40:30-31

You then, my child, be strong in the grace that is in Christ Jesus. 2 Timothy 2:1

Great Strengthener, weariness can sometimes overwhelm us as we seek to continue in your name. Yet, when we are patient, through your Spirit and grace, you renew us and make us stronger. May we use this strength to continue in service. Amen.