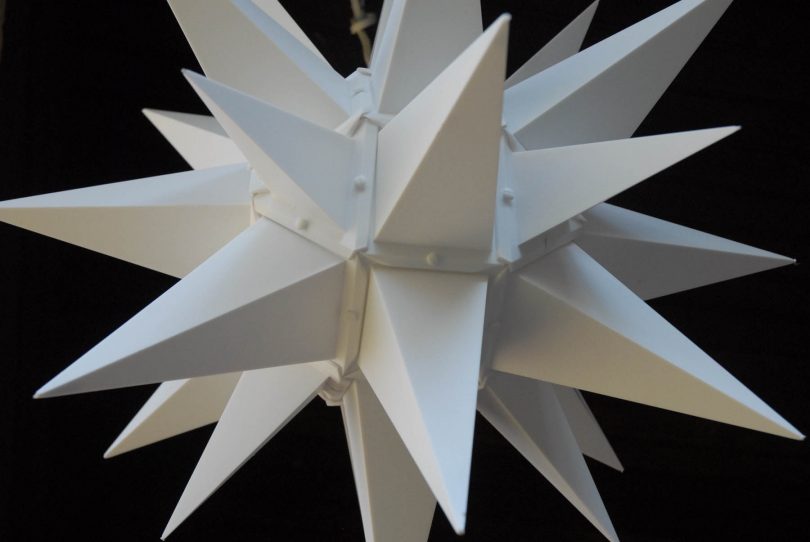 Originating in the Moravian boarding schools in Germany in the nineteenth century as an exercise in geometry, the stars were carried throughout the world by missionaries and other church workers. Now, from the Himalayas to the Caribbean, the star proclaims the hope of Advent. While we are most familiar with the white star, the first star had alternating red and white points. Stars colors have also included red and yellow, white and yellow, and a yellow “starburst” with a red center.

Whatever its form, the star reminds us of God, who caused the light to shine out of darkness and of the light which is the life of humanity. It reminds us of the promise of Abraham that his descendants would be more numerous than the stars; we are reminded of the star that pointed to the “great and heavenly light from Bethlehem’s manger shining bright.” The Light shines in the darkness, and the darkness has not overcome it. This is the message of the Advent star, which also points to Jesus, who said, “I am the bright and Morning Star.” It is the star of promise, the star of fulfillment, and the star of hope.

The star has become an enduring symbol of the Moravian Church. Stars are featured in many Moravian sanctuaries, and during Advent and Christmas, stars can be seen on front porches and Christmas trees in Moravian communities. A factory in Herrnhut, Germany makes some of the best-known Moravian stars in a multitude of colors and sizes. To learn more about the Herrnhuter Sterne, visit them online 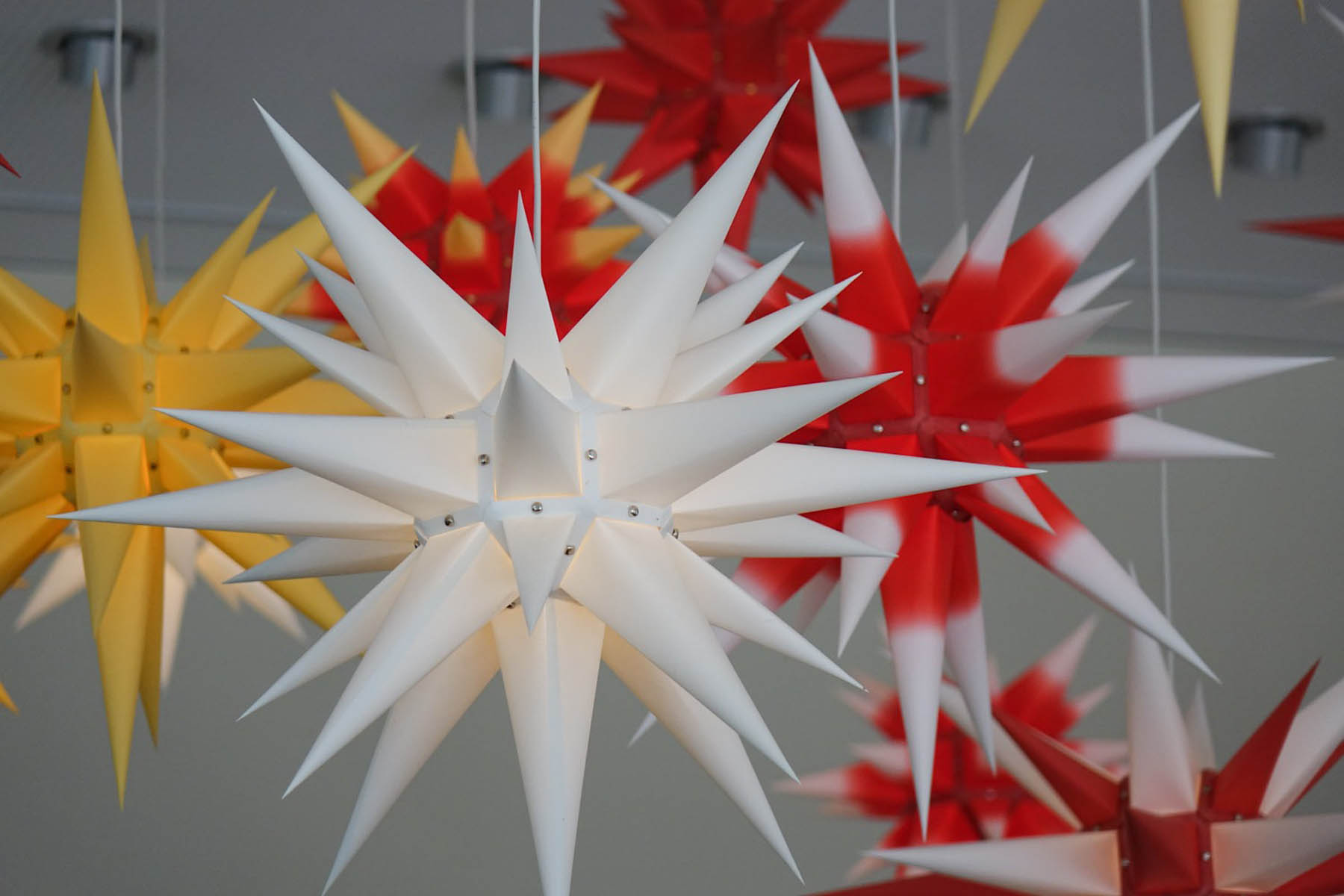