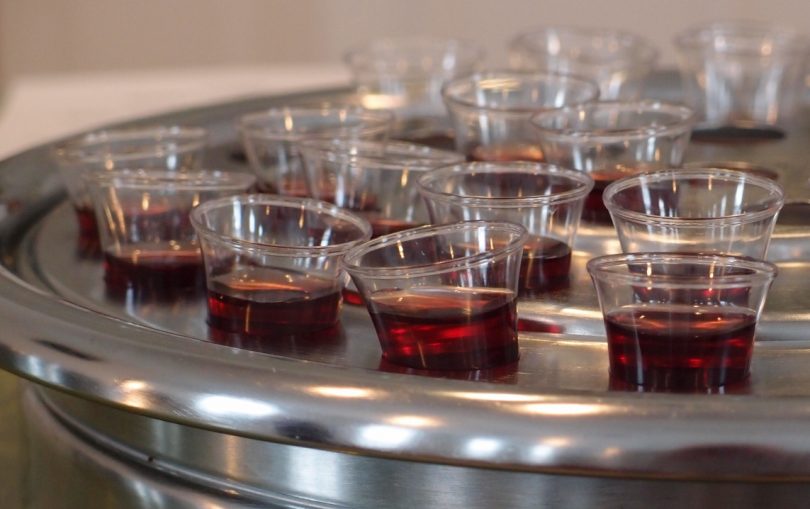 In quiet observances throughout the Northern and Southern Provinces, Moravian pastors both current and retired gather on September 16 to recommit themselves to their work, to each other and to the Moravian Church.

The Moravian observance of the Cup of Covenant began in the early years of the renewal, and for more than 200 years, Sept. 16 has been observed as a Covenanting Day for Moravian church leaders around the world.

However, according to Customs and Practices of the Moravian Church by Adelaide Fries, The Cup of Covenant, or Cup of Thanksgiving, was used for the first time in Herrnhut in 1728 to “prepare the heart for the communion which could not be held just then.”

In the early years of the renewed Moravian Church, the Cup was used frequently “to give thanks for special manifestations of grace and to covenant together for new faithfulness in the service of Jesus.”

While the Cup of Covenant somewhat resembles communion, it should not be confused with the Sacrament. Instead, the Cup is considered an expression of unity and dedication, as well as a commitment to continue to work in Christ’s service.

Today, Moravian pastors gather to share the Cup of Covenant in simple services and activities. Each gathering included prayer, reflection and a recommitment to their work as pastors.