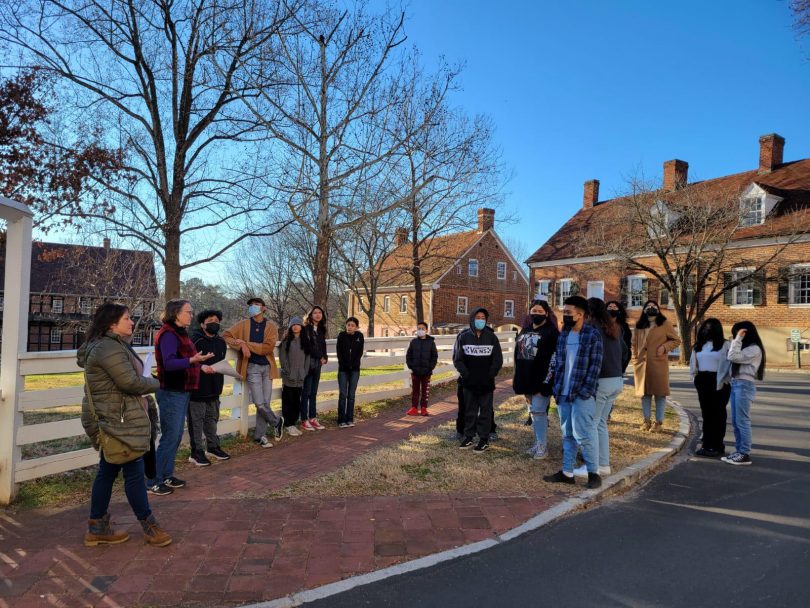 Salem Tavern. God’s Acre. Salem Square. The Single Brothers’ house. For some, these locations call to mind picturesque tourist sites in Winston-Salem, N.C. For local Moravians, they are part of our heritage. Recently, though, they have also become part of “Salem Walk,” an ongoing exploration shedding light on some of the shadowed parts of our shared history.

The Salem Walk experience is a different sort of Old Salem tour, focusing on Moravian involvement in slavery and racism over the first half-century of the Wachovia-Salem community. It is an attempt to put ourselves in physical and historical proximity to the enslaved Africans and their children who lived and worked in Salem between 1771 and 1865.  It is an attempt to acknowledge our past, historically and spiritually, as Moravian Christians.

Enslavement was practiced widely by North Carolina Moravians, as individuals and as the church. In the early years of the community, individuals could not own slaves in Salem. Rather, enslaved people were purchased by the church (the Wachovia Administration) and were then rented out to individuals. After years of pressure, Salem leaders eventually capitulated and permitted individual ownership; the last bill of sale from the church itself was in 1832, and in 1847 Salem rescinded all restrictions regarding ownership of human beings. 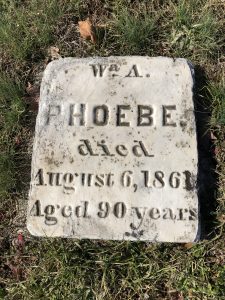 Acknowledging this history is crucial: What can we learn about the past? What did those Moravian ancestors not see? What might we still be blind to today? We have to be very careful about assumptions because there is much we do not know, but thanks to the work of archivists, historians, and translators, there are at least some things we do know. It is from those seeds of knowledge—and from our desire to acknowledge the sins of racism—that the Salem Walk experience has grown.

Step by step, Salem Walk participants walk through or cast their eyes toward the places where enslaved Black individuals worked, lived, and were buried. After a brief introduction, participants join one of three groups. Each group is led by a trained narrator who shares the unique story of either Abraham (Sambo), Catherina (Cathy), or Phoebe. These enslaved people did not come to Salem by choice, but each became an integral part of the community. They participated and contributed with their labor and their lives. They worshiped, ate, slept, lived, died, and were buried in Salem. Where and how they lived, worked, and were buried tells us much about the community. The three small groups hear those stories as they walk through Salem, learning and reflecting, before gathering once again as a whole for conversation and a worship service of confession, repentance and supplication.

Everything we know about Abraham, Cathy, and Phoebe comes to us through the eyes 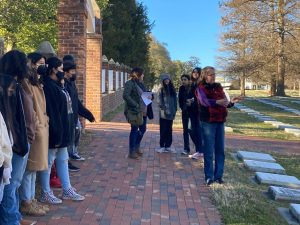 and words of the European Moravians who enslaved them, from the records that have been translated to date from German into English. The concept was inspired by the Sankofa Journey led by the Evangelical Covenant Church, and by the work published in God’s Fields, Landscape, Religion and Race in Moravian Wachovia by Leland Ferguson. Publications by Jon Sensbach, Daniel Crews and Richard Starbuck were also essential resources, and the program continues to adapt in response to feedback and new research.   We especially appreciate and affirm the work of the Hidden Town Project led by Old Salem Museum and Gardens (https://www.OldSalem.org/core-initiatives/hidden-town-project) .

Since August 2021, more than 115 people (mostly Moravians) have participated in a Salem Walk. Reactions have been thoughtful and encouraging. Some have commented on the emotional impact of walking through the sites as the stories are told. Others are moved by the powerful liturgy shared at the closing worship service. Many have pointed out that the history told at Salem Walk is notably different from the Old Salem story most local Moravians grew up hearing. There is often a consensus that confronting complex history is compelling and painful, but most participants seem to agree that honest storytelling and time for reflection can help make such confrontations meaningful and purposeful.

And so, step by step, we confront our Moravian history. We search ourselves. We pray that we may “match our fine statements with worthy deeds.”*

We hear the words of Psalm 79: “Do not remember against us the iniquities of our ancestors; let your compassion come speedily to meet us, for we are brought very low.  Help us, O God of our salvation, for the glory of your name; deliver us and forgive our sins, for your name’s sake.”

NOTE: In-person Salem Walks are scheduled for November and December, and will be scheduled again beginning in February. Salem Walks can be arranged for groups upon request.. The MTR is exploring ways to make Salem Walk a virtual opportunity, and also plans to explore ways to make more recent history visible (1865 forward, including the Jim Crow era, the Civil Rights era, and into today). For more information about Salem Walk, email [email protected]