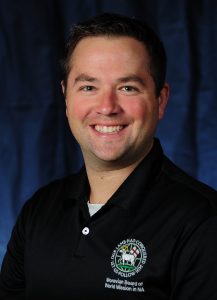 Justin lives in Waukesha, WI, having moved there from Chicago where he lived after he graduated from the La Follette School of Public Affairs at the University of Wisconsin-Madison with a Masters Degree in International Public Affairs, focusing on International Development. He received his undergraduate degree from the same University majoring in Economics and Social Welfare.

Justin grew up in Ebenezer Moravian Church in Watertown, WI, and got involved in mission work following a trip to Nicaragua in 2007 that really opened his eyes to the possibilities of building relationships and serving God abroad. Since then God has taken him time and again through “new” experiences, and he has found himself serving and encountering God for varying lengths of time in Wisconsin, California, North Carolina, Pennsylvania, Mississippi, Alberta, Jamaica, Nicaragua, Costa Rica, and Israel/Palestine. In these experiences Justin was able to help recruit, equip and engage peers to take part in mission opportunities through the BWM.

Before accepting his a role as a staff member, Justin served as a member of the Board of World Mission and on the executive committee through his role as vice-chair. In 2014 he was hired to become the Director of Mission Engagement, coordinating volunteer service opportunities and providing educational opportunities for congregational mission discernment.

In November of 2017, Justin began work as the Executive Director of the Board of World Mission.

Justin is excited to work with individuals and congregations. Please feel free to contact him with any and all questions related to missions, and he will do his best to answer, or at least point you in the right direction! 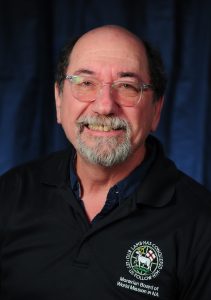 Rex joined the staff as Treasurer in July 2015.  Rex has been involved with finances since graduating from Rutgers in 1975.   Rex has served in a variety of leadership roles in his home church, Palmyra Moravian in Cinnaminson NJ, and has served as Treasurer of the Church since the early nineties.

Rex is blessed to work with several smaller companies on accounting and financial related tasks through the Knowlton Advisors, LLC.  Rex worked for almost thirty years in assuring access to non-emergency medical transportation in Philadelphia and surrounding areas through Wheels of Wellness, starting as Finance Director and moving onto Executive Director from shortly after college graduation through 2005.

Rex works to improve surface transportation across the country having served as one of ten Coordination Ambassadors working through the Federal Transit Administrations United We Ride program from 2005 through 2012 and more recently through Community Transportation Association of Americans Tribal Transit program which assist native American nations to access or build appropriate transportation.

Rex and his wife Gina recently celebrated forty years of marriage and enjoy the company of their two children Justin and Megan and their mates Timmy and Tommy and as importantly, the six grandchildren Kaeli, Sammy, Jamie, Abby, Lilly, and Karina! 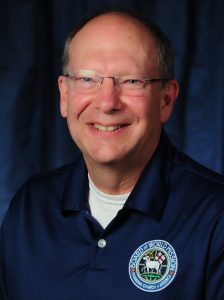 Chris began his ministry with the Board of World Mission in September of 2018 and feels that his lifelong connection with the Moravian Church and its mission focus has prepared him to be part of the BWM staff.

Chris brings with him a wide range of experiences having been served by and serving the wider Moravian community. He lived in Nicaragua, where his parents were serving as Moravian missionaries until he was nine years old. At that time his family moved to Winston-Salem, NC, where he was an active part of the Friedberg, King, and Bethabara Moravian congregations as his father served as pastor. While serving on the M-Staff for six summers at Laurel Ridge he felt the call to serve the Lord and the Moravian Church and thus continued his studies at Moravian College and Theological Seminary. During his college years, he met his future wife Tina and they were married while he was in seminary. Following his graduation, Chris was ordained in 1986 and then served as pastor of the Bethesda and Redeemer congregations in the Southern Province. From there he served for eight years as the Chaplain at Moravian College and Theological Seminary and then became the Director of Youth Ministry for the Eastern District, leading workshops, youth events, camps, and retreats. In this role, he also helped to organize many of the Youth and Young Adult Convos of the 1990s and 2000s. From there he served as pastor of the Edgeboro and Emmaus congregations in the Eastern District, continuing his active involvement with camping ministry. He was elected a Bishop of the Moravian Unity by the Synod of the Northern Province in 2010. Chris and Tina have two adult children, their spouses, and six grandchildren, who light up their lives. He enjoys running and traveling but mostly spending quality time with his family.

Chris’ main focus with the Board of World Mission is to keep congregations and their members informed about Board of World Mission initiatives, as well as to help them find their own passion for mission in the neighborhoods where they are located. He also hopes to assist individuals to hear God’s voice, discern their spiritual gifts and call, and respond in loving service. 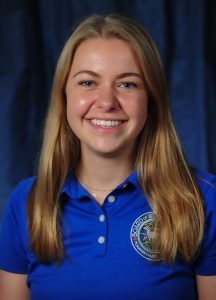 Director of Communications and Development

Sylvie Hauser joined our staff as the Director of Communications and Development in August of 2021.  Sylvie graduated from Carleton College with a degree in Political Science and International Relations and is an alumnus of the AmeriCorps VISTA (Volunteers in Service to America) program. She was raised in the Sturgeon Bay Moravian Church and was involved in mission from a young age, volunteering locally and abroad with her family, home congregation, and the Board of World Mission. Over the years, mission work has taken Sylvie to Minneapolis, New York City, North Carolina, Haiti, Jamaica, the Czech Republic, and Peru. In 2018, she served as a summer intern with the Board of World Mission.

Sylvie is passionate and excited about building connections between Moravians and sharing the stories of the good work being done around the world. 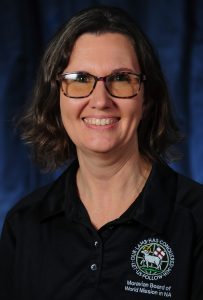 Sue is a longtime member of the Emmaus Moravian Church in Emmaus, Pennsylvania, and has served on the Christian Education Committee, Board of Elders, and Sacristans Corps and is currently Head Sacristan. She has been blessed with the opportunity to be a stay-at-home mom for the past 23 years and enjoyed homeschooling her three children, managing rental properties, working on woodworking projects with her husband, and staying active in her church.

Sue is excited about helping to build relationships in order to further the good news of Christ’s love for all. 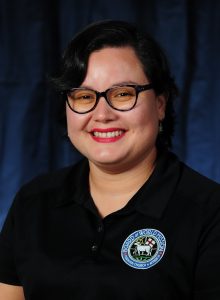 Angelica lives with her husband Ruben and their two daughters in Winston-Salem, NC. Angelica graduated from Wake Forest University School of Divinity with her Masters in Divinity and obtained her certificate of Moravian Studies from the Moravian Theological Seminary.

A native of Chiclayo, Perú, Angelica came to North Carolina in 2006, following her parents and five brothers, who had immigrated years earlier. Her immigration experience has informed much of her work in the Moravian Church. After her ordination in 2017, Angelica was called to develop a new and emerging ministry serving Hispanic immigrants in Forsyth County, NC. Now the founder and pastor of this ministry called Estamos Unidos, she continues this outstanding work alongside her position with the BWM.

Angelica is excited about building relationships locally, nationally, and internationally in her work with the BWM.

Current members of the Board of World Mission:

Mission Society of the Southern Province

Unity of the Brethren, Texas