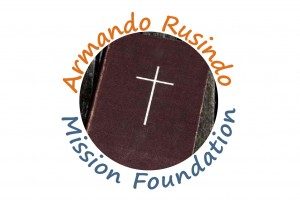 Learn more by visiting the ARMF Website at www.armfcuba.org

ARMF is a non-profit organization that partners with the Board of World Mission, focusing its support on assisting the Moravian Church in Cuba, as well as sustainable projects to help the people of Cuba. Please contact ARMF with any questions or ideas by emailing them to [email protected]

From the very first time that ARMF President Joe Jarvis visited Cuba his heart was touched by the people. Their worship was something that Joe found to be spiritually uplifting and he was impressed by the people’s friendliness and their sincerity regarding their faith. Sam Gray and brother Jarvis visited other churches and towns during their stay. One area that that really hit hard at Joe’s heart was a hospital for the mentally and physically handicapped. He made a promise that he would never give up on them. We’ve heard the Chinese proverb, “Give a man a fish and you feed him for a day; teach a man to fish and you feed him for a lifetime.” The folks in Cuba know how to fish. They even know where to fish. They just need the financial help to start their projects so they can reach their goal of becoming self-sustaining. The Cuban Moravian central church office is now located in a recently purchased building in Havana. The building will undergo remodeling to make it multifunctional as Worship Space, Church Office, and a meeting location for various groups and ministries of the church. Brother Armando has no vehicle to travel to the many locations from Havana to Guantanamo – a distance of approximately 700 miles. Our Cuban brothers and sisters are starving for financial help to get their projects underway for their church. This is a country where the average monthly wage for a worker is US $20.00 and US $30.00 for medical doctors. People have to find other jobs to subsidize their income in order to make ends meet. The establishment of this fund will help support missions in the various areas of concern.

In 1997, Armando Rusindo was visiting some friends in Jamaica – friends who “happened” to be Moravians. He was very impressed with the way they worshipped and were so inspirational. When he came back to Cuba he began to study about the denomination that so intrigued him. The more he studied the more he knew that this was the church he wanted to become affiliated with and then share the experience with other fellow Cubans.

In 1997, Armando Rusindo, who for years had served as a minister in a Cuban Church, received information about the history, characteristics and work of the Moravian Church since its founding in 1457 and came to the conclusion that the establishment of the Church in Cuba would have a very positive impact on the spiritual life of the Cuban people at a moment in history in which many Cubans are turning to faith in Christ.  In Havana, with a small group of Christians, he began the task of establishing the Moravian Church in Cuba .

As time passed he began to spread the “Moravian” word from Havana to Guantanamo. People began to hold services in their homes even without the official approval of the Cuban government. Eventually, after much agonizing and sometimes dangerous moments, Armando convinced the government to give official recognition to the Moravian Church in Cuba. In early 2012, Reverend David Guthrie (President of the Southern Province of the Moravian Church in America) and Bishop Sam Gray traveled to Cuba to make the dream become a reality by giving official recognition by the Moravian Church of America. In October 2013, Bishop Gray and brother Joe Jarvis attended the first National Conference of the Cuban Moravian Church. The conference was attended by 50 delegates from the 5 provinces where Moravian churches are located. During the conference the Cuban Moravian Book of Order was approved and a Cuba Mission Area Board was elected. Armando Rusindo was elected president. Bishop Gray then ordained 3 deacons and consecrated 1 Presbyter into the ministry of the Moravian Church. As David Guthrie, stated, “This was truly a historic event for the Moravian church.”

Since that time, brother Armando has been elected and consecrated as the first Moravian Bishop in Cuba! The Moravian Church in Cuba continues to grow and thrive, and it is is evident that God is working in Cuba!