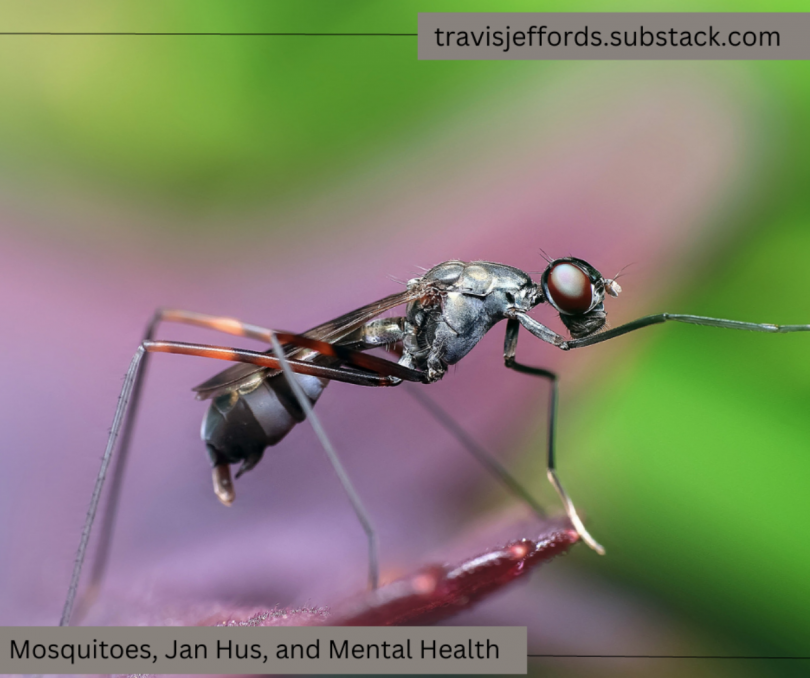 When I was in middle school my parents sent me to a week-long Lutheran church camp in rural Texas. I’m pretty sure it was equal parts for spiritual formation, and to get me out of the house for a week during the Summer. I loved church camp, and what I loved most was singing songs around a campfire.

Some songs were fast and upbeat and the song-leaders would pit boys against girls in a classic battle of the sexes to see who could sing the choruses the loudest… which resulted in more shouting than singing.  Some songs were slow and reflective, and about the love of Jesus, sung in lilting two-part harmony, that would often move me to tears. And then there were silly songs too, my favorite of which had to be All God’s Creatures Got a Place in the Choir, originally written by Bill Staines.

If you don’t know it, the main chorus (which is honestly all I remember) goes like this:

All God’s creatures got a place in the choir

Some sing low and some sing higher,

Some sing out loud on a telephone wire,

Some just clap their hands, or paws, or anything they’ve got now

It’s a beautiful image of all of God’s creation praising God in its own way… an image that diversity is something to be celebrated, and that no one, no matter how strange or different, is outside of God’s “choir” or Kingdom.

After we’d finish laughing and singing together, I remember turning to my friends and saying, as only a middle schooler could –

Yeah, but what about mosquitoes?! Wouldn’t the world be better off without mosquitoes? Who wants a mosquito in the choir anyway? They’d just go around buzzing and biting everyone!

Then, just last week, over 20 years after I went to church camp, I finally figured out what mosquitoes do! It turns out, first of all, that of the over 3,500 species of mosquitoes, only 400 bite humans. But more than that, mosquitoes are really important pollinators! Mosquitoes primarily drink nectar, not blood, and help pollinate plant species. They’re also a really important part of the food web, providing food for wildlife like turtles, bats, birds, and insects.

Mosquitoes, it turns out, are playing this really important role, but I have been unable to recognize it until now.

Which brings me to the Moravian Patriarch Jan Hus. 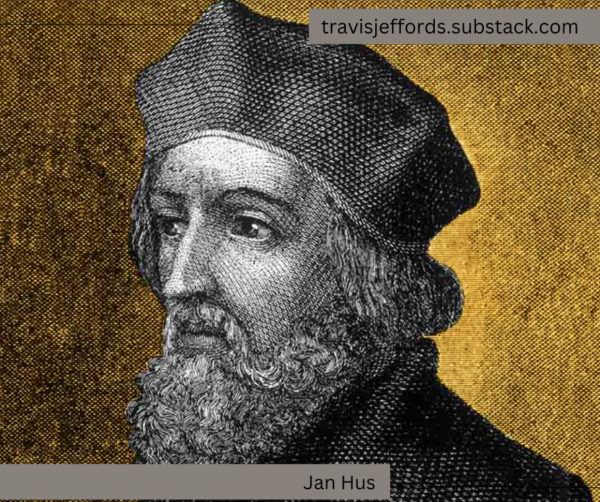 Hus, known by some as the first Church reformer, found himself challenging official church beliefs in the early 1400’s. Hus was preaching in churches in Czech and not Latin so that ordinary people could hear and understand the Gospel for the first time. Hus spoke out against the selling of indulgences, believed in the authority of scripture, and promoted the idea that Jesus was the actual head of the church and not the pope. Han believed that during Communion, laity should receive both the bread and the wine. However, Han’s beliefs were seen as heretical by Church officials in power.  Han was given the opportunity to recant and publicly change his beliefs, but he refused to do so, because he was unable to be convinced of any errors in his thinking.  Eventually he was burned alive.

Church officials treated Han the way we treat mosquitoes – they saw Han as an entirely negative thing that should be eradicated.  They labeled Han “Haeresiarcha” which is the term for the leader of a heretical movement.

What we are now able to recognize that Church officials then did not, was that Han was not trying to destroy the church, he was trying to help it in the best way he knew how.

And it’s worth saying this as well (although this may be a hot take) – the Church officials were not trying to destroy the church either, they were trying to help the Church in the best way they knew how too, however misguided, controlling, and fearful that was.

Church officials wanted to destroy the movement Jan Hus’ represented by force, but ultimately, they were unsuccessful.

Which brings me to the final part of this post –

What do mosquitoes and Jan Hus have to do with mental health??

Most of us, if we’re honest, deal with our own mental health issues – as well as the parts of us that’s we’re not particularly proud of, in the same way that we deal with mosquitoes, or the same way Church officials dealt with Jan Hus – we try to eradicate those parts of ourselves.

Stick with me here… 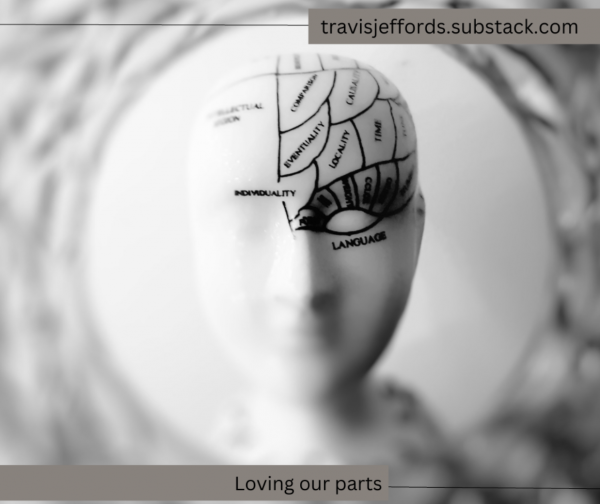 How many people with addiction issues (drugs, alcohol, pornography, sex, food, etc) try to basically eradicate the addicted part of ourself through brute strength, will power, and force? And yet as hard as we try to destroy that addicted part of ourselves, it just keeps coming back… just like Jan Has’ reformation movement.

Most of us treat emotions the same way too. Anger, sadness, anxiety, fear, irritability… all those emotions that we do not like in us… we try to eradicate them by force, but, that never seems to help, does it. We still find ourselves getting sad or anxious, even though we hate that emotion, see no value in it, and have tried to make it stop as best as we can.

Internal Family Systems (IFS), which was discovered by Richard Schwartz in the 80’s, but is only recently becoming popular, is a way of treating and understanding mental health issues that understands these parts of ourselves that we don’t like (addictions, emotions, etc), as, just that – parts of ourselves. They are not our entire being, they are just a part of us. This is why we can find ourselves doing completely contradictory things all the time – praising God and feeling peaceful, and then becoming extremely frustrated and angry the next moment – these are different parts of us that have stepped to the front of the stage and are expressing themselves.

One of the core beliefs about IFS, and this may sound completely crazy and counterintuitive to you, but I’m 100% convinced that it’s true… is that every part of us – even those parts we don’t like (our selfish part, our sad part, our manipulative part, our petty part)… they are all trying to help us the best way they know how.

For example, I was working recently with a client who came to therapy because he was very upset at being extremely self-critical. He treated his self-criticism like we treat mosquitoes, or like the Church officials treated Hus: he saw it as entirely and completely bad, and wanted it to be gone forever. However, after several sessions of first beginning to recognize that his self-criticism was a part of him and not his entire self, and then that he could actually learn to understand more about that part of himself… he discovered that this self-critical part of him was actually trying to help him. The self-critical part worried that if it was no longer critical (by frequently telling him things like he needed to quit being a wimp, and a cry baby, and a weakling), then my client would collapse into depression because he would recognize just how unhappy he truly was deep down with his life circumstances.

There’s not enough room in this post to go into details about how all this works. I recommend reading the book No Bad Parts by Richard Schwartz for an accessible introduction to IFS for non-therapists. But as a closing note, if you have parts of yourself that you do not like (and we all do), make the time to sit with them. Give the part a name, feel where they are in your body when you think about them, and listen to that part with a sense of compassion for what it has to tell you.

Some of you are going to read this and think this is the craziest woo-woo thing you’ve ever heard, and that’s okay… but my hope is that for others this will resonate with you in some way, and start a journey of transformation within. Just like all God’s creatures having a place in the choir, all our parts are doing their best to help us… they just need a little compassion, to be thanked for working so hard, and to be shown that it is safe for them to relax and allow God’s spirit inside of you to take the lead. 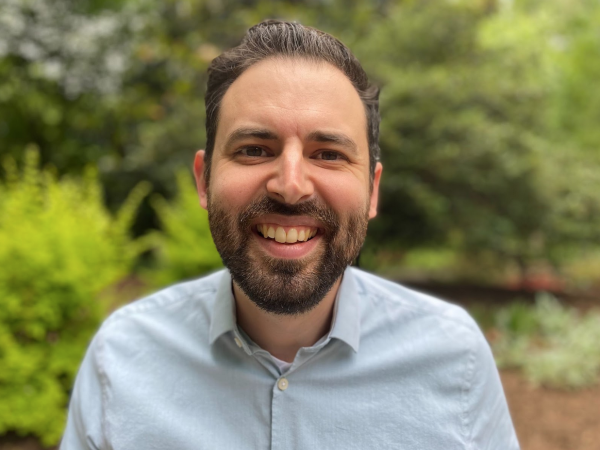 Travis Jeffords is a Counselor at Sanctuary Counseling Group in Winston-Salem.  He writes on the intersection of church and mental health at travisjeffords.substack.com. Email Travis at [email protected].