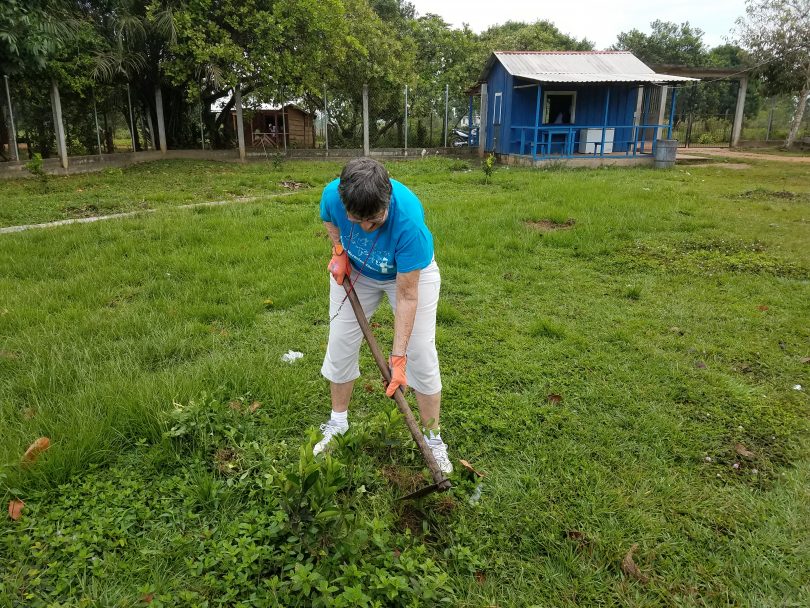 Is God Doing Something New?
The 25th Sunday after Pentecost
November 14, 2021

I love going to New York City, especially since I have been there enough times now that I think I blend in like a local.  No longer do I walk around star-gazed by the skyscrapers, neon signs, and large crowds.  Now I can walk down the street and look as bored as any of the locals.  But I can certainly tell who the tourists are; they look just like I used to as they walk down the street, eyes wide open while taking pictures of everything that amazes them.

Chances are, this is what Jesus’s disciples looked like as they exited the Temple in our Gospel reading for today. They seem like true out-of-town tourists from the backcountry as they walk around amazed at the large buildings and busy city shops.  They would have certainly never seen anything like this back in Capernaum.  But, looking at the Temple, Jesus predicts the fall of this colossal building in the not-too-distant future.  This is the same Temple to which Jesus and his family came every Passover.  This is the same Temple at which the poor widow gave her two copper coins.  This is the same Temple run by scribes and priests who, according to Mark 12:40, devour widow’s homes.   This is the same Temple that Jesus had just cleared of money changers and those profiting from the sacrifice business.

Jesus is not impressed with the structures he sees, and he is not impressed by the example being exhibited by the religious leaders of his day.  He takes up a prophetic voice by naming the injustice present in running what was supposed to be a place of prayer and worship for all people. Jesus predicts that all they see will one day fall, even as impressive as it looks today.  It was made with human hands and will fall by human hands. So, with that in mind, his disciples ask when all of this will take place and how they will know it is about to happen.

Jesus’ answer looks beyond the Temple, and he paints a bigger image. The signs that Jesus lists will sound very familiar

The author here provides this pronouncement to first-century Christians who were being persecuted to the point of death. The message is that those who endure all of this and are faithful to the end will be saved. This assures them that all will be well in the long run. Again, it should be noted that difficulty in life has always been with us.

Well and good, we might say today, but what does this have to say to us?  Many Christians today seem to go out of their way to manufacture a notion of being persecuted as if it is something new.  But life has always had its difficulties.  Look what our spiritual forefathers and mothers had to endure.  Look what African-American Christians had to endure to seek equal rights and justice in our justice system.  Some were thrown in prison, and some died.

For many years in the conference room of Provincial Offices of the Northern Province in Bethlehem, PA, two works of art were hanging on the wall.  One depicted the trial of John Hus before the Council of Constance in 1415.  In this picture, the humble priest, John Hus, is being sentenced to death for his attempts to call the church to be more faithful in its call to serve the poor rather than seek to be served.  He preached inclusion and grace and was burned at the stake for it.

The second picture was of Bishop John Amos Comenius praying over a weary group of refugees fleeing persecution in the Czech Republic and crossing over the snow-covered hills into Poland.  His life was one of heartbreak, disappointment, and faithful service.

In these times of difficulty, the seeds of something new were being planted, and from them, the Moravian Church changed and grew.  Today is no different.  In these days of Covid, political division, and change in the church, God is faithful and will lead us to what we are being called to be, faithful to the Great Commandment and the Great Commission.