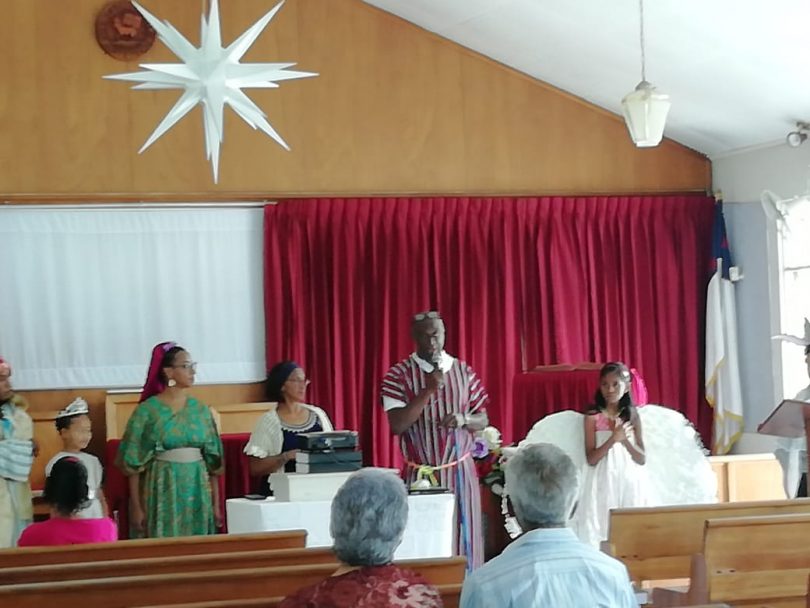 The Rt. Rev. Chris Giesler
Director of Mission Engagement for the
Moravian Board of World Mission in North America

Several years ago, after visiting family in North Carolina, we left at 6:30 a.m. to begin the 500-mile journey back to our home in Pennsylvania.  We had plans to make it home by 3:00 p.m. to attend an evening band concert that one of our grandchildren was playing in.  But only 10 miles into the journey, we came to a stoplight and immediately noticed steam coming from under the hood.  At first, we thought this was just the morning dew evaporating off the car’s hood, but after this persisted, it was apparent something more serious was going on.  This reminded me of the adage that on some days you plan the day, but on other days, the day plans you.  Thankfully we were able to get to a service center, and 3 hours and a couple of hundred dollars later, we were back on the road.   And while we missed the first couple of songs at the concert we were able to make it!

Life is never predictable, and Luke’s passage today reminds us of this. Here, Luke tells us: “Be on guard so that your hearts are not weighed down with dissipation (overindulgence) and drunkenness and the worries of this life.” It is easy for us to hear drunkenness being condemned here, but harder for us to notice the warning not to be weighed down by worries of this life.  It does not take us long to see the worries all around us.

But into those worries comes a Savior!  The season of Advent celebrates that Jesus came once, is present with us today, and will come again at the end of time. As we prepare for the coming celebration of Christmas, we look back to recall Jesus’ birth; we seek to understand his presence with us today and anticipate the eventual second coming.  It is important to note that in our Gospel for today, Luke reminds us that the course of our lives are not being planned and scripted by God.  Some days we plan the day; on other days the day plans us.  There is an element of randomness to the fabric of our lives; that is just the way the world works.  It is not about mapping out how God has dictated every event in human history, be they good or bad. What Luke is underscoring here is that despite that randomness, and despite human evil and the natural calamities that might befall us, ultimately God will have the final say.  Most importantly, Luke tells us that God is present with us at each stage of the journey.

Let us also note that while we are hearing these words at the front end of the Advent season, Jesus spoke these words right before his crucifixion.  I believe that he found comfort in them.    In these words, Jesus is also trying to prepare his disciples for the upheaval to come in their lives in the next few days. Furthermore, since the author of Luke wrote these words after the Romans had destroyed Jerusalem, these words would have been significant to those early Christians who saw their world crumbling before them.

The question for us is, how do these words speak in the presence of the uncertainty of today’s world?  How many times have you heard this lately, “What is the world coming to?  It has never been this bad.” I have heard this a lot.  But if we pause to reflect on this, we should understand that the world has been much worse than it is today. For instance:

But there is good news!  Jesus said: “So also, when you see these things taking place, you know that the kingdom of God is near.”

Just in the last year and a half, the Board of World Mission has had the privilege of distributing over $430,000 to people who have experienced the Covid pandemic, hurricanes, earthquakes, and political upheaval.  When crises hit, we were able to share God’s love in tangible ways such as oxygen concentrators, blankets, tarps, food, water purification kits and well cleaning materials, as well as seeds to grow rice, beans, and other food staples.

As we begin this Advent season, let us be assured that God is here with us now and that we can be part of God’s effort to bring the love of Christ into the pain and joy that we see in the world today.