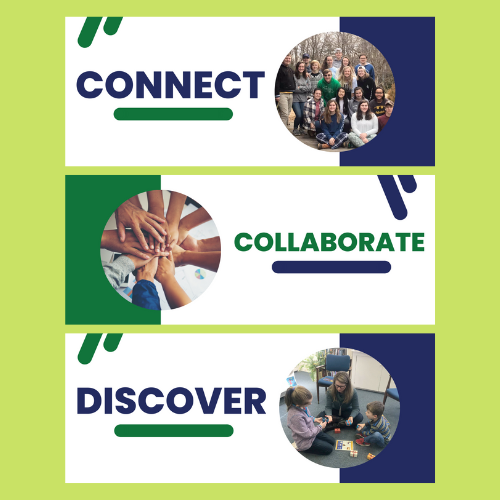 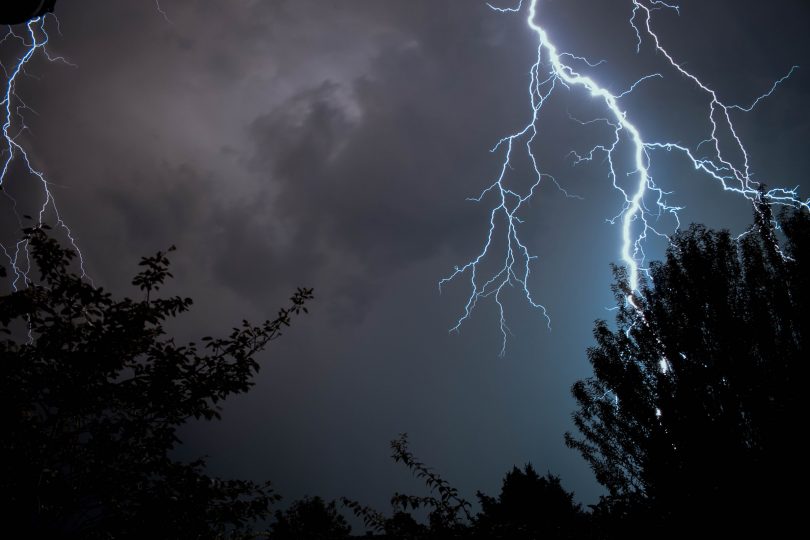 In the hot days of summer, I am reminded of an evening storm I encountered at my Grandmother’s home in Oldtown. I was spending the weekend with her while her son and family were away at the beach. In her home she slept on a single bed beneath the stairs leading up the second floor and I slept on a pull-out bed in the living room. The night was exceptionally hot. The windows were open and as the night fell we could hear the rumbling of thunder in the distance.

Her house was surrounded by several large oak trees. As the storm grew nearer, the wind began to twist and turn the leaves of the trees. The rain came down with a vengeance and then the lightning strikes came as well. One strike hit the phone next to the window. The old, cloth line to the phone exploded and the phone itself melted. Nanny, her name given by her grandchildren, shut all the windows and checked on me, nursing her ear on the way.

The next strike hit the fuse box (an older version of a breaker box) and the glass fuse exited from the metal box and struck the wall ten feet from the box attached to the house. The lightning continued. Then with no advanced warning. another bolt of lightning hit the old brick chimney in the living room, next to my bed. Clouds of soot and debris filled the room. Several bricks fell outside the window.

When the storm began to wind down, Nanny came to my room and simply said, “Just be quiet and still… it will pass.” Her ear drums were still throbbing from the strike that destroyed the phone in her bedroom and the room still smelled from the explosion. 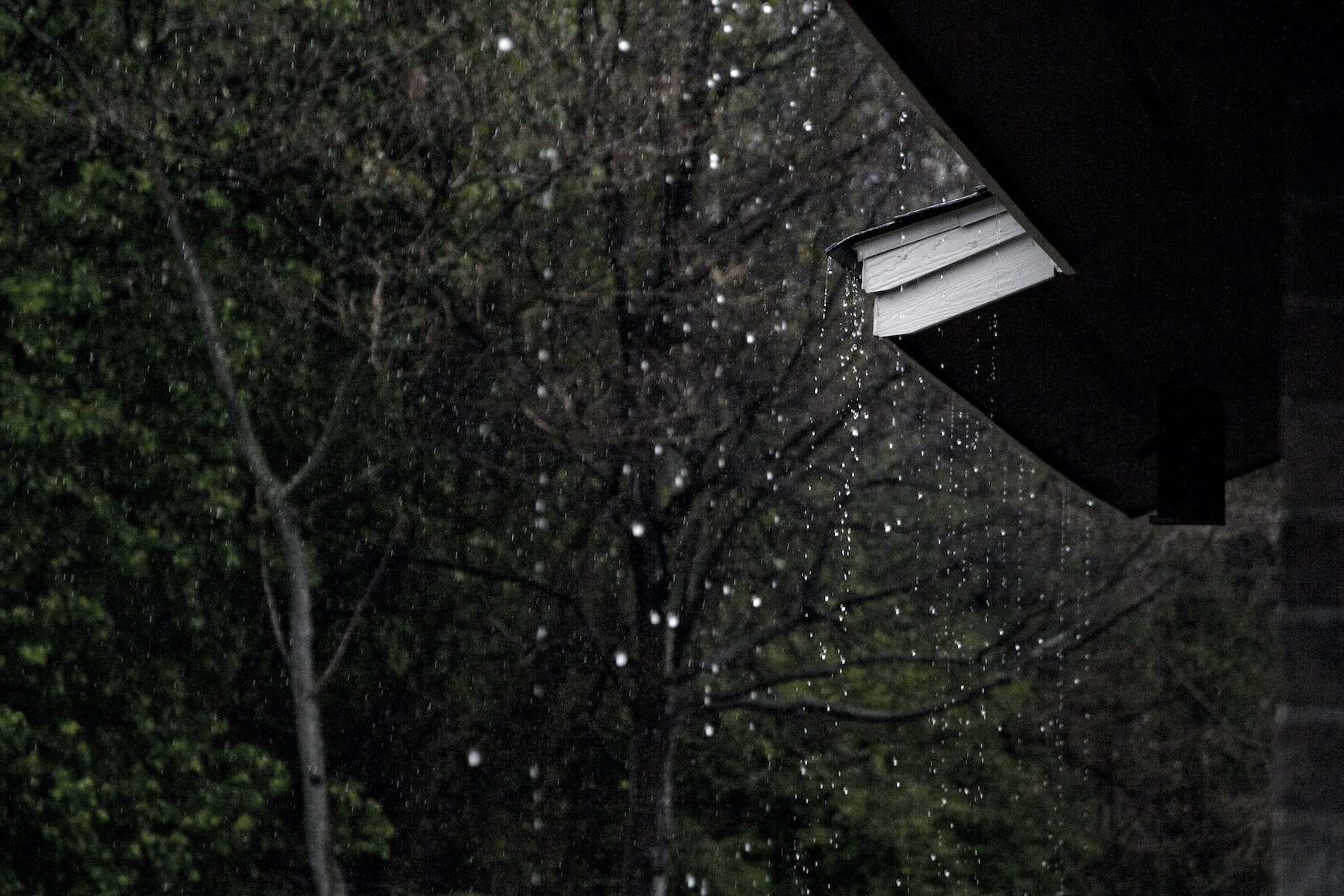 Photo from Anna Atkins on Unsplash.com

But because she was such a woman of grace and strength, she didn’t let me know until the next day. She made sure I was safe and we slept through the rest of the night without another incident.

The next day, we crossed the road to the neighbors and they in turn phoned my parents to summon help. A kind electrician repaired the fuse box, restored the well pump and checked the rest of the house for any signs of destruction. All went well and when my Uncle and his family came home, the house was put right. The phone was replaced and the limbs and bricks in the yard collected.

A word of comfort can go a long way, can’t it? Nanny was our stability in our family. She cared for us when my mother was ill and in the hospital. She possessed abundant grace and ease but also kept us aware of all the things that were correct and proper. She didn’t like people who belched, people who swore, or bad behavior. One of her favorite phrases was simply – “Play pretty!”

But that night when I was terrified of the storm, just knowing she was there and that the storm would pass allowed me to feel her resolve, her strength, and her confidence in the One who calms the sea and restores order to the chaos of the world. Later on we would tear down the old chimney when my cousin and her husband bought the house, and with each brick I cleaned, I remembered the storm – and of course the words of my grandmother.

Now when a summer storm comes my way, I say to myself, “Be still, Lord’s let it pass…” My prayer for each of us when life’s storms come our way, is that we have a person in your life that offers you the peace of God in their words, their presence, and life that calms and refreshes your soul.

Women like our Nanny are still needed in our world today, with grace and spunk, loving and firm, and of course a bit of humor to lighten the load. Strong women remain; storms will pass. 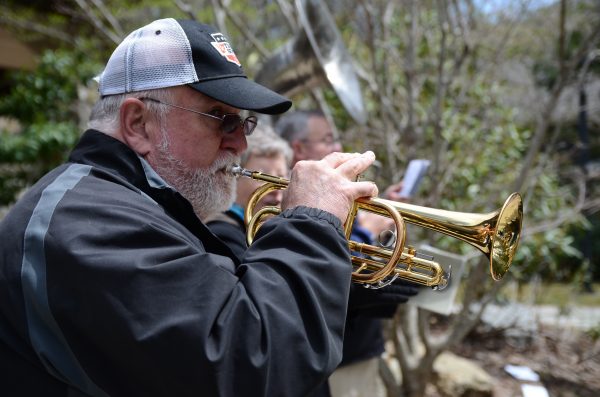 The Rev. David Merritt is a retired Pastor, former Dean, Outreach Director, and Chaplain, but he’s “papa” according to his grand-kids. David loves God, Laurel Ridge, and his family. He has enough sense to get out of the rain but prefers raindrops anyway. 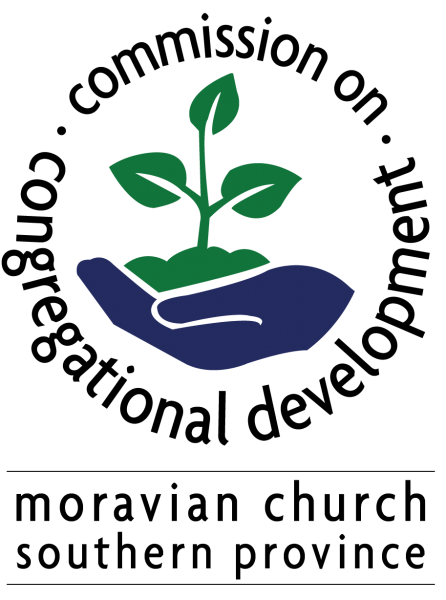