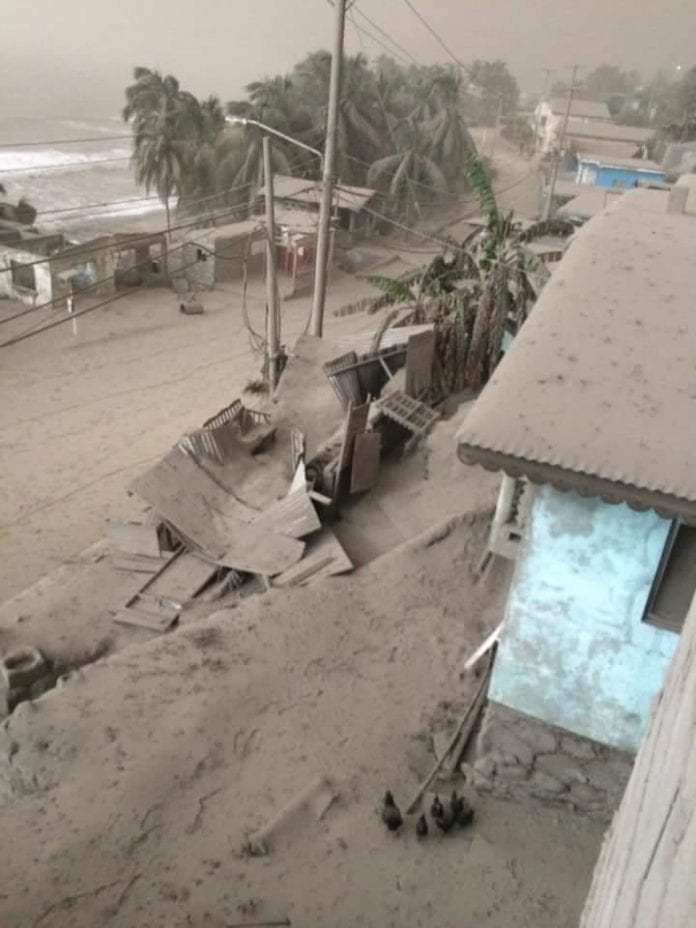 The La Soufrière volcano on the Caribbean island of St. Vincent began a series of explosive eruptions on April 9, sending clouds of ash into the air, blanketing much of the island in ash and causing water and electricity outages.  St. Vincent is located just to the west of Barbados.

The eruptions have continued nearly every day since. On Wednesday, April 14, a fresh eruption sent clouds of ash into the sky.  In speaking with Moravian Pastor, the Rev. Belfield Castello, who grew up on St. Vincent and has now retired there, he says it almost looks like snowfall. They are having a difficult time finding clean water since the ashes have settled on lakes and rivers.  These eruptions are likely to continue for weeks—this all in the midst of the Covid-19 pandemic.

This disaster has caused a major disruption in the lives of the people of St. Vincent and the Grenadines, with the majority of those in the high-risk zones being evacuated to the south end of the island. Although some were able to secure accommodations through rental or staying with family and friends, there were approximately 4000 persons in the emergency shelters at the time of this writing. While there has been significant property and infrastructure damage,  thankfully, there have been no reported deaths.

There are no Moravian congregations on St. Vicent, but, as mentioned above, we know of several Moravians who live there.  Furthermore, the Eastern West Indies Province of the Moravian Church is actively involved in partnering with the Methodists to provide aid to those who have been adversely affected by these eruptions.

The Moravian Board of World Mission is now sending $5,000 to the Eastern West Indies Province to assist them in providing aid where it is most needed on St. Vincent.  We can provide this aid because of the generous support of many to our Moravian Disaster Response Fund.