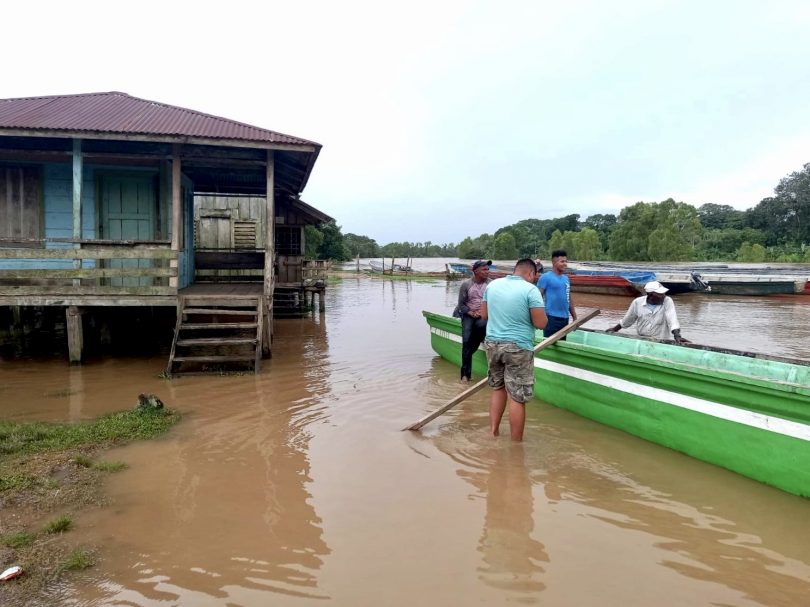 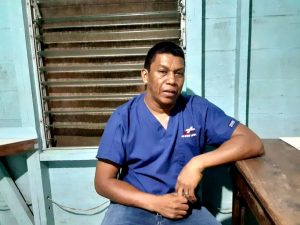 Delroy Morazán Miller, a 48-year-old nurse who has lived in Ahuas all his life, has been working at the Clínica Evangélica Morava since May of 2000. He, along with several others who have been at the hospital for similar amounts of time, represent a transition for the Honduran Moravian Medical Work. Delroy started at a time when North American physicians were still on staff and administration was the responsibility of North American- trained personnel. Today, all hospital employees are Central Americans, many without direct employment ties to former North American personnel…. Read more about Delroy in the Ahuas Spotlight. 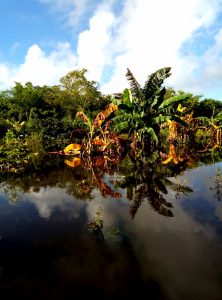 A majority of the Mískito residents of La Mosquitia in Honduras live outside of the cash economy, using generations-old subsistence agriculture practices to plant two main crops – rice and beans – but also planting and harvesting yucca, plantains and other crops. More affluent families may also raise pigs and/or cattle. Working together in extended family groups, plots are usually located along the area’s rivers (Plátano, Patuca, Mocorón, Kruta, Coco and others) where alluvial nutrients enrich the soil during annual floods. Historically, those floods have occurred during the rainy season (which generally runs from January through May). Rice, which is usually planted late in May at the end of the dry season, thrives during the first half of the rainy season and is harvested in September after about 120 days of growth. Beans are typically sown late in the calendar year or early in the dry season, with harvest normally taking place in March about 65 days after planting…. Read more about this issue in the Ahuas Spotlight. 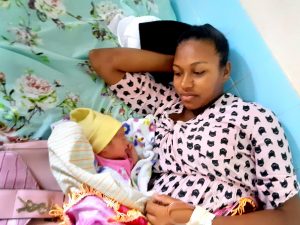 The doctors and other medical staff performed their daily inpatient rounds on Friday, December 9th. Three doctors, several nurses, the Preventive Medicine Coordinator and the anesthetist all participated in parts or all of the visits. There was a total of twelve inpatients – something which seemed to support nurse Delroy Morazán Miller’s suggestion last night that the workload was sometimes too much for one person…. Read more about the Ahuas Committee in the Ahuas Spotlight.